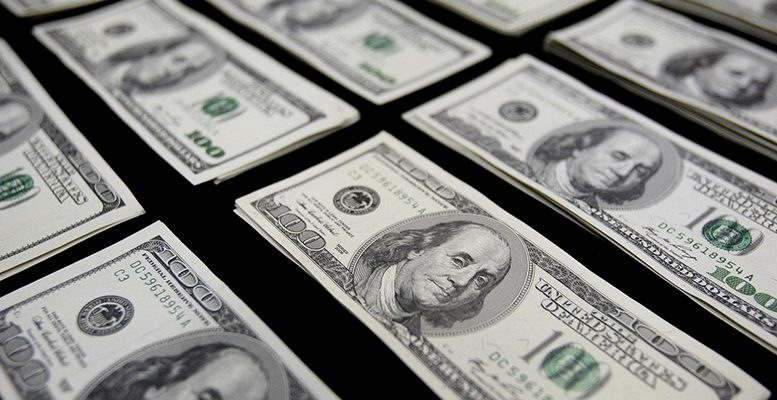 Hans-Jörg Naumer (Allianz) | The debate on helicopter money, which is once again gaining traction, must be seen against a backdrop of rising public debt ratios and the debate on the policy options remaining for major Central Banks. It is about the monetisation of government debt, i.e. the financing of budget deficits, using monetary policy. It was none other than the retiring President of the ECB himself, Mario Draghi, who once called helicopter money “a very interesting concept” during the press conference following a meeting of the Governing Council in March 2016.

The main proponent of this school of thought is presumably Adair Turner; but Willem Buiter is going in the same direction and there are links to what’s called “Modern Monetary Theory” . The International Monetary Fund, at its 16th Jacques Polak Annual Research Conference in November 2015, devoted a lot of attention to this issue, with the advocates dominating the debate. Supporters of this radical form of monetary policy are in favour of the central banks, under the primacy of fiscal policy, going from being not only a lender but also a spender of last resort:

While the aim of helicopter money is to be used to finance economic stimulus packages, monetisation targets existing government debt. Monetisation could be carried out in a variety of forms: temporarily, e.g. to facilitate debt refinancing for limited periods with cheaper interest rates (which corresponds to quantitative easing or QE) or permanently.

However, even in the case of permanent monetisation, it would again be necessary to distinguish between the ways in which it is conducted. There are three conceivable methods, which must be viewed in terms of the various impacts they would have on the balance sheet of the central banks:

In terms of the technicalities of accounting methods, the question arises as to whether this form of fiscally-induced monetary policy is at all possible and, if it is, what would it look like?

In the case of monetisation, in which there would be no “exit” in the form of a sale of purchased securities and the portfolio of government bonds held would be unchanged, the central bank’s balance sheet in relation to GDP would remain temporarily inflated. However, after some time it would then normalise again in line with nominal economic growth. The central bank would have achieved a situation in which it would have reduced market yields and thus helped the government to finance itself.

In the case of the second of the options described above, if government bonds are turned into “perpetuals” (bonds with unlimited maturities), if necessary with a concurrent reduction in or suspension of coupon payments on the part of the government, it should result in a write-down in accounting terms, which would lead to losses or even to negative equity. Since a central bank is not a normal commercial bank, though, it does not have to value its assets at market prices. The assets, even if their value has drastically changed, could remain unchanged in the balance sheet.

Seen in this way, it is consequently irrelevant as to whether the government services its own debt, e.g. whether it pays coupons that fall due to the central bank or not. Coupon payments accrue as seigniorage at the central bank that are then transferred to the tax authorities, after the latter has already paid them to the central bank in the first place. This is a case of robbing Peter to pay Paul and is a zero-sum game.

However, from the standpoint of central banks themselves, they would have to recognise an impairment which, depending on how high it is, could also lead to negative equity. From a historical perspective, though, this would not be a novelty. In the past, various central banks had negative equity over many years, or at least reported losses as a consequence of it, and still continued to operate. This was particularly noticeable in the case of central banks in emerging market countries, since they occasionally had to make write-downs on currency losses. For instance, the Chilean central bank suffered losses for 20 years until its equity was completely depleted. The Swiss National Bank (“SNB”) had to accept heavy losses in 2015 on its foreign currency holdings as a result of freely floating the Franc and was forced to point out that a central bank could also have negative equity. There is no “legal obligation to liquidate” the bank, according to the SNB.

Alan Greenspan, the former Fed Chairman, also pointed out that a central bank itself, even if it has negative equity, can create an unlimited amount of its own money and his position was strengthened by his successor Ben Bernanke:

“In short, one could make an economic case that the balance sheet of the Central Bank should be of marginal relevance at best to the determination of monetary policy.”10 Ben Bernanke

From an accounting point of view, this means there would be no barrier to permanent monetisation. If necessary, seigniorage would be used over the course of time to build up assets and could not be transferred to the finance minister – which would be of less significance in light of the robbing Peter to pay Paul aspect. In short: a central bank “cannot go bankrupt in the sense that a private firm can.”