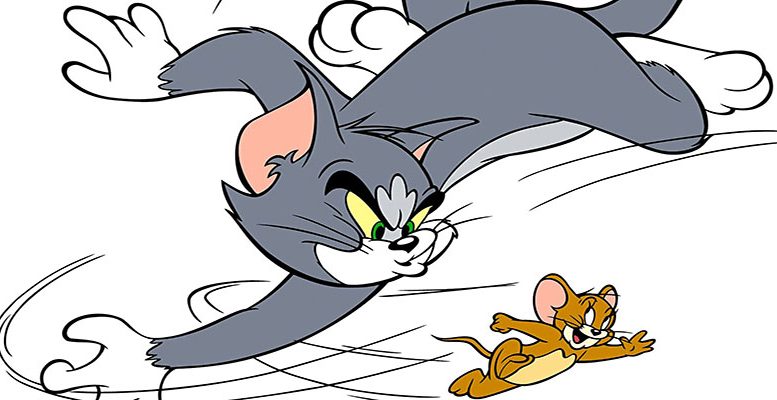 Nick Malkoutzis via Macropolis | One of the things that makes children laugh at Tom and Jerry cartoons is the ingenious ways that Jerry finds to set Tom up. But the real punchline, and the most laughter, is generated by Tom’s inexplicable ability to fall for Jerry’s stunts all the time.In the game of cat and mouse between Greece and its lenders, it is not hard to work out who is the one that ends up being regularly walloped. What is more difficult to comprehend, though, is how Athens manages to be fooled so often.

Last week, German Finance Minister Wolfgang Schaeuble mentioned in an interview with Suddeutsche Zeitung newspaper the possibility of the International Monetary Fund not being part of the Greek programme. Undoubtedly, it was a significant comment as Schaeuble promised German MPs in the summer of 2015 that the Fund would be present and Berlin has always been a believer of the technical capacity and economic rigour that the Washington-based organisation provides as part of the troika/quartet of lenders.

However, Schaeuble’s comments were vague and could be interpreted a number of ways. Was he trying to prepare the domestic audience for the possibility that the IMF might stay on the sidelines? Or was he trying to warn of the dangers for Greece of failing to keep the IMF engaged? His comments were so sibyllic it was hard to distinguish which of these diametrically opposite goals prompted him to muse about the bailout’s future.

The Greek government, however, decided that it was the unique possessor of the code needed to crack the German finance minister’s comments. Never mind that Athens (not just during the time the SYRIZA-Independent Greeks administration has been in power) has been consistently poor at interpreting the mood and motivations in Europe. Let’s ignore that Greece is currently embroiled in a protracted negotiation over the second review of its third bailout because the current prime minister and his advisers came to power in 2015 with a completely misplaced understanding of the country’s lenders and their modus operandi. No, this time Athens had every confidence that the Greek reading of the situation was spot on.

Within hours of Schaeuble’s comments being published, the government in Athens issued a non-paper (an innocent term that belies the almighty mess it can create) welcoming the German finance minister’s views and barely containing its excitement at the prospect of the eurozone proceeding without the IMF, whose role would be taken over by the European Stability Mechanism.

“The possibility of continuing the program without the IMF, or with its presence but without funds and therefore no central role, is a development which could lead to a way out of the structural impasse among the institutions,” the non-paper said.

“The view that Europe has an institutional support framework by itself is not new. It keeps gaining ground among European institutions and it is welcomed by the Greek side as long as the initiatives and decisions are taken fast.”

The Greek government has at various times over the past months made it clear that it would prefer the IMF to be out of the picture because Athens feels that it is pressing too hard for further measures and not hard enough for debt relief.

However, to pounce upon Schaeuble’s comments and endorse them without even being sure of the context was unnecessary and foolish. This became obvious a few days later, when the German minister expanded on his previous thoughts in an interview with the Wall Street Journal.

He stressed that a failure to get the IMF on board now (due to differences over primary surplus targets and the measures needed in the final year of the programme and beyond) would signal the end of the third bailout signed in the summer of 2015 and the need for a new memorandum of understanding to be agreed between just the eurozone and Greece.

“I wouldn’t recommend this to the Greek government. But I would be completely relaxed. The German Bundestag would first need to discuss and agree on whether or not it approves negotiating a new program,” he said.

The clarification that Schaeuble provided to the WSJ cast more light on his previous comments regarding the IMF and made it clear that he had in mind something completely different than the Greek government.

When all the pieces are put together, the message from the German finance minister is that if Greece does not agree to the terms the IMF is demanding (legislation of more than 2 percent of GDP in contingency measures that include pension cuts and a reduction to the tax-free threshold) it will be left without a programme. The eurozone would then have to agree a new bailout that would include tougher measures, as he suggested in his Suddeutsche Zeitung interview. Finally, Schaeuble (the man who recommended Greece take a time out from the euro in 2015) reminded Tsipras and his ministers that there is no guarantee German MPs would approve a new deal.

Rather than suggesting that Greece’s problems would be over if the IMF dropped out of the Greek programme, as Athens indicated last week, Schaueble’s message was that they would just be beginning. In the meantime, Athens managed to leave itself exposed by declaring (before it had thought through the consequences or knew the exact terms) that a Europe-only solution would be its preferred option.

It is perhaps no coincidence that a day after the German finance minister’s WSJ interview was published that the Greek government spokesman Dimitris Tzanakopoulos told reporters in Athens the coalition is prepared to create a “mechanism of enhanced guarantees” aimed at concluding the review and satisfying the IMF. Although it falls short of the upfront legislation of measures the Fund has been calling for, it is the biggest step so far that the Tsipras administration has made towards a compromise with its lenders since the review began in October.

Even Tom knows that sometimes there’s only another dose of pain waiting for him at the end of the chase.