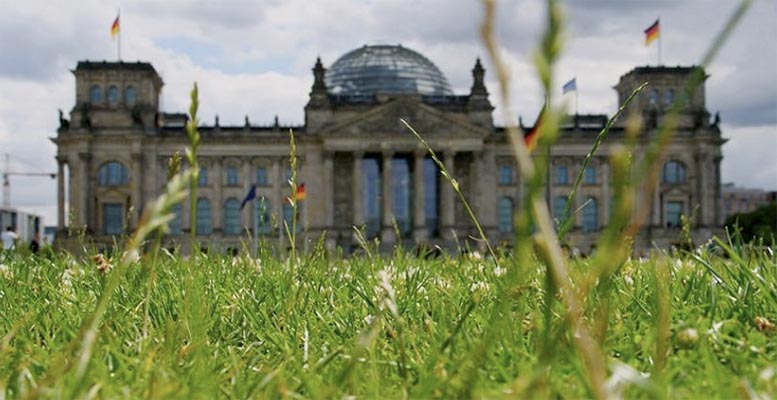 European Views | With only a few weeks after Germany’s general elections, it is already clear that the outcome of the vote has significant impact not only on Europe’s strongest economy, but on the EU itself. At a time when discord in the EU is at an all-time high, commentators have warned that Germany’s polls are a test for the European project itself, given Berlin’s central role in the direction the Union takes.

They’re not wrong – yet the problem goes far beyond European democratic deficits to encompass something more existential: the way the EU appears on the world stage, where it all too often seems weak, uncoordinated and overly moralising in its approach to world affairs. Germany’s long-time chancellor Merkel has played a key role in this. Throughout 16 years, Berlin has helped transform the EU into an ineffective paper tiger that styles itself as a superpower, yet that is frequently proving unable to deal effectively with hard geopolitical questions – from securing its borders to dealing with China.

What is really needed is a new approach to EU foreign policy, especially at a time when German voters’ interest in foreign policy and EU affairs is at its lowest in years. This new approach could draw inspiration from the heydays of chancellor Helmut Schmidt, rightfully referred to as Germany’s “master of realpolitik”.  A staunchly pragmatic and consequently controversial politician, Schmidt defied the SPD’s anti-rearmament stance, upended Bonn’s diminutive position among the Western Cold War allies and laid the groundwork for German reunification.

Since German foreign policy never unfolds in isolation, a more assertive approach in Berlin inevitably leaves its mark on the EU. A renewed German embrace of realpolitik would allow the EU as a whole to tackle the big questions facing it clear-eyed and by discarding overbearing notions of the primacy of ethics in its actions – the harsh realities of world politics do not always allow for this. Thus, the question remains: Will the next German government help alleviate these issues, or will things stay the same?

While CDU hopeful Armin Laschet has made headlines for being exceptionally non-committal, and Green candidate Annalena Baerbock for sloppy writing, the SPD’s Olaf Scholz hit the nail on the head during the final TV debate before the elections when he decried Germany’s “false sense of security” regarding its economy and technological base. The need for heavy investments into R&D, and greater strategic autonomy are also important topics largely ignored by his competitors.

True, similar statements have been made by outgoing Chancellor Angela Merkel before. But what’s different is that Scholz’ statements occurred in the context of a general recognition of a wide range of European weaknesses far beyond mere R&D. These issues, and the EU’s perceived impotence in dealing with them, are at the root of growing anti-EU sentiments, rising populism and enlarging divides across EU member states.

These shortfalls speak to European feebleness abroad, to be quickly exploited by the EU’s global competitors. This is a hard lesson Brussels has been reluctant to embrace, even if it has realised a need for increased realism in its foreign policy. The 2016 Global Strategy for the European Union’s Foreign and Security Policy (EUGS) already explicitly acknowledged that the bloc’s previous attempts at spreading good governance was not always practical, especially when guided by naïve idealism.

In the years since, the document provided a vision but little credible, concrete action – in other words, no return to realpolitik as the document, thought to its logical conclusion, demanded. This becomes clear in the way German policy-makers at the European level have been handling important geopolitical questions in the most volatile regions of the EU’s neighbourhood.

A key example is Kazakhstan, which has been at the receiving end of an overly moralistic foreign policy in recent years, despite efforts made since the fall of the Soviet Union to improve its human rights and democratisation records. Campaigners have long argued to make human rights the cornerstone of German-Kazakh relations, demanding what amounts to a zero-sum policy towards the country. Politicians like Frank Schwabe, a Member of the Bundestag and leader of the Socialist Group (Socialists, Democrats and Greens) of the Parliamentary Assembly of the Council of Europe, have focused exclusively on accusations of human rights abuses, and has called for trade with Kazakhstan to be reduced and support funds for democratisation projects to be slashed.

However, this approach does not solve urgent challenges related to regional safety after the fall of Kabul, fighting terrorist networks extending from Central Asia into Europe or containing Chinese encroachment on EU interests in the region. An honest and realistic policy would seek to find compromises with Nur-Sultan to serve Brussels’ interests, given that Kazakhstan is a willing ally in solving these issues alongside the EU – not create unnecessary hurdles harming the greater good.

If Kazakhstan is an example of normative foreign policy’s limits, then the migration crisis has exposed how it leads to strategic helplessness. When Merkel negotiated a deal with Turkey to stop the influx of migrants into the EU, she agreed to pay the country for stopping refugees from crossing into Europe. Criticised in Germany for its unevenness, the pact effectively rewarded Ankara’s blackmailing of Berlin at Brussels’ expense. In all, the deal was not a sign of strength, but of irresolution and desperation on Europe’s part.

A realpolitical imperative would have been to uphold the agreements related to strengthening the EU’s borders and supporting Greece, despite all the controversy this entails. Instead the EU chose not to tackle the migrant issue at the root, namely the fact that  “the EU still acts as a magnet”, but in the face of unprecedented challenges defaults to its soft power prerogative of “applying technocratic solutions” without being “capable of playing, or maybe does not wish to play, power games using brute force.”

Whether Brussels likes it or not, the ability to project force and confidence is a universal language understood across the globe. However, this doesn’t mean that realpolitik should be confused with wilfully ignoring ethical concerns. Rather, it means knowing when to look at the greater picture in order to obtain specific political outcomes that are beneficial to both sides, rather than to be restrained by an overly moralising foreign policy that prevents compromises in the first place – in short: a type of pragmatism that does not ignore European principles, but that has the courage to recognise when to prioritise in the face of urgent actions needed.

While Laschet and Baerbock represent the anti-Machiavellian tenets upholding such policy, Scholz has been more explicit on that front by supporting an EU army and stronger intra-European cooperation on defence and security projects – in open defiance of many of the political left’s principles. This means that Scholz as chancellor might be most willing to argue more aggressively for a more realpolitical EU, the only way to make its voice heard – and save itself from falling apart.

It’s time that the EU succeeds in combining geopolitics with moral value objectives in order for it to play this game to assert its interests, rather than to minimise its losses.