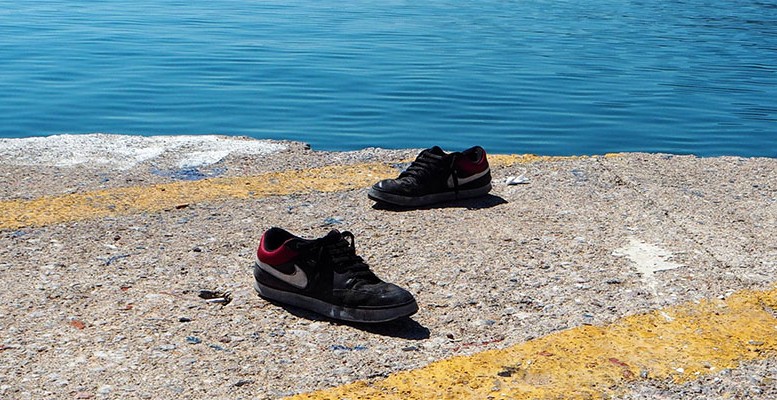 Nick Malkoutzis via Macropolis | Greece activated last Thursday the European Union Civil Protection Mechanism, agreed to allow Frontex to operate on its border with the Former Yugoslav Republic of Macedonia (FYROM) and triggered the Rapid Border Intervention Teams (RABIT) mechanism for help with Aegean patrols. But what should have been a moment of exemplary cooperation for the EU felt very tawdry.

Prime Minister Alexis Tsipras only gave the green light for these actions to be taken after multiple reports quoted unnamed European officials who claimed preparations were under way to exclude Greece from the border-free Schengen Area because of concerns about its patchy approach to the refugee crisis.

Tsipras has much to answer for given that he made pledges at the Western Balkans Route leaders’ meeting in late October which he did not follow up on and promised to hit targets, such as increasing Greece’s hosting capacity by 30,000 places (with another 20,000 spots via rent subsidies) by the end of the year, when it was blatantly obvious there was no certainty such goals could be achieved.

However, the Greek government argues that its failings are less grave than the EU’s shortcomings. Alternate Minister for Migration Policy Yiannis Mouzalas claims that Greece has repeatedly asked for more help from Frontex but has not received what it asked wanted.

In a statement the day after Greece triggered the triple response the EU had been calling for, Frontex revealed that it had been unable to meet a Greek request to cover the daily subsistence allowances of 1,535 Greek police officers, who are presumably the personnel who have been transferred to the Aegean islands or assigned to deal with the refugee influx.

In its statement, Frontex also said that it had increased its presence in Greece to 477 officers during November, up from 220 in October. This seems to run contrary to the complaints from other European capitals that Athens had been resisting help from the EU border agency, which has been involved in Aegean patrols and other work in Greece regarding the refugee crisis for a number of months.

Mouzalas also suggests that the EU’s response to requests for the relocation of refugees has been risible. The minister claims only eight countries have so far expressed readiness to take up to 295 people, when the agreed target over two years is 66,400.

The European Commission’s own latest figures on the relocation scheme show that only 30 people have been transferred from Greece so far (to Luxembourg), while another 130 have left Italy. Finland is due to become the second country to take refugees from Greece. It will accept 24 people and will be followed by Germany (10 people), Portugal (8 people) and Lithuania (4 people).

In fact there is a logistical issue that has gone unanswered in the midst of the blame-trading: Where will all the people the EU wants Greek authorities to prevent from leaving the country stay and who will look after them?

EU officials argue Greece is not doing enough to stop migrants, not refugees, from travelling to other countries. One of the reasons the EU wants Frontex officers on the border with FYROM is to prevent those not eligible for asylum from moving on. Instead, these people – from Pakistan, Iran, Morocco and other countries – should be repatriated, Europe argues.

However, there was a reminder last week that the repatriation process is far from an easy one. Greece returned 39 people to Pakistan but authorities in Islamabad rejected 26 of them, claiming they could not recognise the paperwork issued by the Pakistani Embassy in Athens. This kind of bureaucratic obstacle is one of the main reasons that only several thousand people are repatriated from Greece each year.

Almost 770,000 people have arrived in Greece during 2015. If the government were to only allow those chosen for relocation to leave and to keep all the others in Greece, including migrants waiting to be deported, we would be looking at the creation of refugee camps similar to those in Turkey and Jordan to house tens of thousands of people. Is this something the EU is really willing to contemplate?

Apart from the unseemliness of supposed partners threatening each other – whether it be Greece feeling it can leverage the refugee crisis or the EU beating Athens with the stick of a possible exit from the Schengen Area – the recent exchanges set a poisonous precedent. The EU has chosen to flex its muscle with its weakest member, the one that has been most burdened operationally in dealing with the influx of refugees and migrants, for failing to keep pledges when other countries that are in a much more beneficial position seem to have been given a free ride.

Tsipras was rightly held to account for failing to live up to what he agreed in late October but another 10 countries took part in those talks. All of them signed up to taking some kind of action. For instance, Bulgaria agreed to strengthen Frontex’s presence at its border with Turkey, Croatia and Serbia agreed to allow the border agency to monitor crossings at their border and 400 police officers were to be deployed to Slovenia within a week.

Did all this actually happen? If not, why were other countries who attended the same meeting as Tsipras not held to account? Also, what has happened to the commitments made in September by 26 EU countries to take in 120,000 refugees? Hardly anyone is making an effort to keep to their pledges, while Slovakia has gone as far filing a lawsuit at the European Court of Justice against the relocation programme it signed up to two months earlier.

Despite this foot-dragging and reneging, no other country has been publicly castigated in the manner that Greece has. In fact, at the sidelines of the EU-Turkey summit on November 29, it appeared that German Chancellor Angela Merkel decided to by-pass those who are not cooperating and create a smaller group of nine countries willing to accept refugees. There were no public recriminations or threats for those being uncooperative.

The fact that EU officials chose to single Greece out and to use such an extreme threat as exclusion from the Schengen Area smacks of double standards.

This contrast in principles is even more evident in the way that the EU has dealt with Turkey and Greece over the same issue. Turkey has sought to maximise its benefits from the refugee crisis, whereas (in contrast to what many would have expected) Greece has not played this card to improve its lot. Bar a few references to the relaxation of fiscal targets, which were also made by others in the EU burdened by the refugee influx, Tsipras has shown none of the brinkmanship over this issue that he did with the bailout negotiations several months earlier.

Nevertheless, the EU has bent over backwards to accommodate Turkey’s demands regarding financial assistance, visa liberalisation and membership talks. Greece, on the other hand, has been left complaining that its repeated calls for support have largely fallen on deaf ears.

When viewed from Athens, the impression is the EU has offered a path to EU membership for Turkey even though it has allowed around three quarters of a million people to travel from its territory without any checks, but has threatened to expel Greece from the Schengen Area even though it has (with the immense help of volunteers and NGOs) rescued many of these people and provided them with shelter, medical assistance and food.

There is no doubt that Greece’s response to the refugee crisis has often been sub-standard and lacking coordination but, especially over the last months, it has made significant efforts to respond to a situation that is unprecedented on a European, not just Greek scale. Because of its geographical position, Greece finds itself at the frontline of a situation that is testing the EU’s cohesiveness. If the response from Greece’s partners is to make it a scapegoat, they are driving a wedge into the cracks created by the latest crisis to buffet the Union.