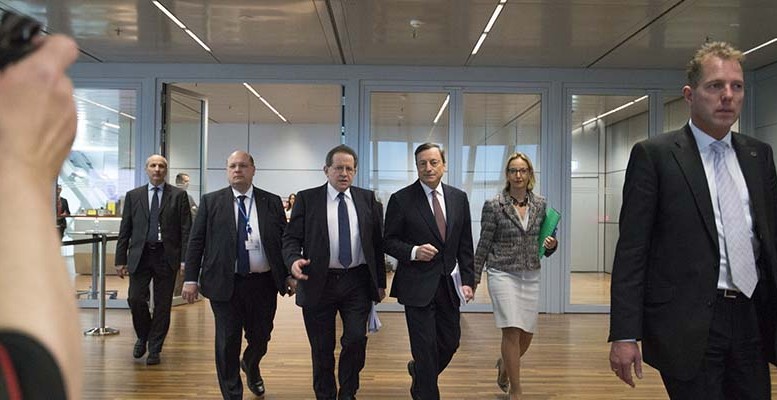 The surprisingly low annual eurozone inflation reading for March at 1.5% has finally end speculation about an earlier end to the negative deposit rate in April’s ECB’s governing council meeting, as reported by Julius Bär’s experts. Both ECB Chief Economist Peter Praet and ECB President Mario Draghi have already made clear in recent weeks that interest rates will not rise before the ECB’s asset-purchasing programme comes to an end. Therefore, David Kohlb Chief Currency Strategist at the house says:

The above-mentioned drop in the headline inflation rate and a lower annual core rate, which declined from 0.9% to 0.7%, are helpful reminders that the most recent inflation pick-up has little to do with genuine price pressure and is entirely transitory, related to the rebound in crude oil prices.

Besides the renewed need for forward guidance as a policy tool, there seems to be little desire among the ‘hawkish’ ECB council members to end negative deposit rates ahead of an end to asset purchases. Dogmatic ECB ‘hawks’ are more concerned about the moral hazard involved in purchases of government debt than that involved in negative rates.

Analysts from BoAML agree that there is a “consensus”at the moment at the Governing Council “to leave the stance and communication largely unchanged for now”. They explains:

Indeed we do not expect any hard decision or any significant communication surprise this week, but we also believe that the policy conversation could be quite fierce from June onward.We continue to think that in the face of a still subdued inflation outlook, prudence will prevail and that the ECB will opt for small changes to forward guidance in June, a very slow pace of tapering in 2018 and no policy rate hike before well into next year, if at all.

Peace in our (short) time

There are several reasons behind this truce. First, the data provides fodder for hawks – who will focus on strong surveys pointing a swift pace of output gap reduction – and doves – who continue to worry about weak core inflation and hard data which do not fully live up to the surveys’ promise. Second, the March episode, with the market hastily pricing depo rate hikes, will remind Council members that moving market expectations is more an art than a science, with significant risks of overreaction. Third, the political context – the ECB meets between the two rounds of the French presidential elections – goes against making big moves.

Fire beneath the ice

Still, the debate is going on, underground. According to BoAML:

Benoit Coeure – who in his role of “market man” at the board is probably quite sensitive to the need to provide investors with sufficient visibility – is trying to gently move the communication towards a very slow “Exit strategy”.

‎This week he stated that the balance of risks to growth is now neutral – the council statement kept it “tilted to the downside” last month.

He is been very candid on the direction of travel for the ECB since December – e.g. in his speech at the end of last year about the need for governments to prepare for higher interest rates – ‎so he is probably keen to prepare the market for a gradual removal of QE.