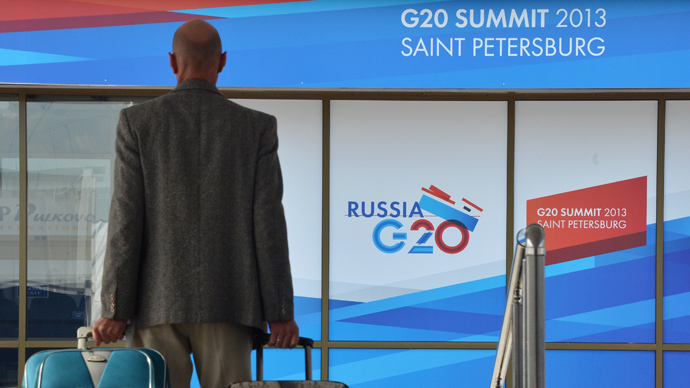 Dilma Rousseff has also good reasons to feel outraged at Mr Obama for the intrusive spying she and top Brazilian government officials have been subject to. The Mexican president and others are likely to react badly at this bullying perpetrated against allies. The climate risks turning icy deviating attention away from the economic agenda. The US won’t either feel at ease when tackling such topics.

The emerging countries are expressing resentfulness at the wavering performance by the Fed in disclosing its intention on the asset buying program. It’s been months since Chairman Bernanke announced a progressive tapering of the monthly 85 billion dollars extra liquidity injection. The upshot from such a hasty move heavily weighed on economies growing at the back of cheap money conditions. As interest rates rocketed hot money drove away from a potentially dangerous slide in currencies. Their bet proved right propelling a vast short-term capital migration from those countries.

Now that everyone has become resigned to more strict credit conditions, many feel that prolonging the current uncertainty can only induce extra damage. Emerging countries feel infuriated by such Fabian tactics. They press the Fed to put an end at this deadlock by disclosing the rhythm and scope of the tapering exercise. While crossing their fingers for a subdued decrease finally prevailing, they prefer a middle of the road solution rather than the current protraction that is rapidly eroding their solvency.

Any monthly reduction in the quantitative easing mechanism beyond 10 billion, could spark a further round of interest hikes. But a too slow pace in tapering would jeopardize the chances to downgrade in an orderly way the liquidity bloat. Investors are likely to react in a nervous mood should inflation crawl in while the Fed wavers from its duty.

No matter the power monetary policy might have in driving the market, economic performance plays a key role. Should unemployment figures underpin a solid recovery, rates are likely to climb hastily pushed by expectations of tighter money conditions. For all the embedded desire the Fed might nurture of exerting full control over future events, a sudden pick-up in growth could force it to undertake a crash landing. Emerging countries should be better advised to tackle their homework the sooner the better, instead of pressing the US to perpetuate a global credit bubble likely to crash inflicting more severe damage.