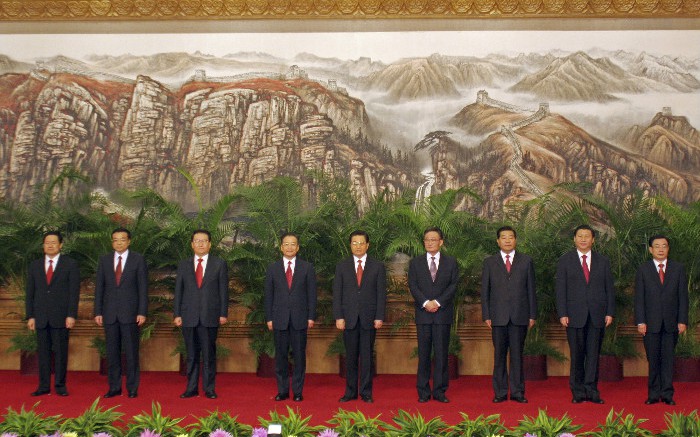 We are finally very close to officially know who will lead China for the next decade. On Thursday, the 18th Communist Party Congress of China will convene to stage a well-orchestrated transfer of power. Current President, Hu Jintao, and his Premier, Wen Jiabao, are expected to hand over their seats to Xi Jinping and Li Keqiang, respectively.

For the newly appointed leaders, a tumultuous route lays ahead. Hu and Wen will leave behind a legacy of harmony and sustained growth. Whereas Xi and Li will have to deal with a great taboo: political reform.

Beyond statesmen’s political ideals, for the new China granting political liberties will be conspicuously attached to  the ability of the second largest world economy to embrace further growth. The Politburo is well aware of that. Take the recent statement made by the Communist Party’s theoretical journal Qiushi (Seeking Truth, in English): “Our country’s rapid development in the past 30 years has been due to reform and opening up policy and our country’s future will continue to depend on this”, as reported by the Hong Kong newspaper The South China Morning Post.

Is this a genuine appeal for reform? The outgoing Hu and Wen have reportedly called for further reform now that they are about to leave office (and leave the tricky task in someone else’s hands).

Some dimmed these reformist messages as pure propaganda. It might be. Chinese society is crying for better welfare.  Economic development fostered by the Communist Party itself has resulted in an increasing number of social challenges.

As the survey made by the Chinese newspaper The Global Times finds, “respondents happened to be most concerned about economic development and people’s livelihoods,” according to a poll of more than 1,200 people in seven major cities across China.

In this context, with the menacing shadow of slowdown flying over their heads, embarking on a new decade of excuses won’t be easy. People’s demands jeopardize the precious social stability the Communist Party appears to be so found of.

But stability won’t work as the miraculous ingredient anymore. Further and severe economic slowdown may only be avoided through genuine economic reform that guarantees the rise of a stable middle class, fosters domestic consumption and leaves room for innovation and entrepreneurship. Xi and Li know this new stage of development may only be achieved through political reform.

The Chinese business newspaper Caixin pointed out the main causes of a lack of innovation in China: “Weak intellectual property protection; lack of fair play protection in a market economy due to state-owned enterprises monopolies; distorted land prices, capital, labour and environment; government’s control of economic resources; and a weak rule of law coupled with a lack of sense of security from the entrepreneurs.”

How to engineer a new decade of reforms without endangering the livelihood of the Communist Party is a challenge in itself. Economic slowdown urges a new model that fosters domestic consumption.

Nonetheless, for the Chinese to become fierce consumers instead of great savers they need to get rid of the feeling that their savings is the sole safety net they can count on. Rampant inflation coupled with growing inequalities increase the likelihood of social instability.

Xi an Li, along with the new members of the Politburo Standing Committee (the main decision-making body in China), still have a few months to make their minds up. Formal takeover won’t take place until March 2013. At that time Xi and Li will start governing in what it will be like a difficult game of Xiangqi–the Chinese chess.

One of the risk moves will be, for instance, embracing a political reform in order to increase Chinese’s welfare; but that will likely put an end to the wide network of people and interest groups that depend on the privileges they enjoy in return of being great supporters of the Party. An equal access to resources will then channel economic development towards a model able to ensure sustainable growth.