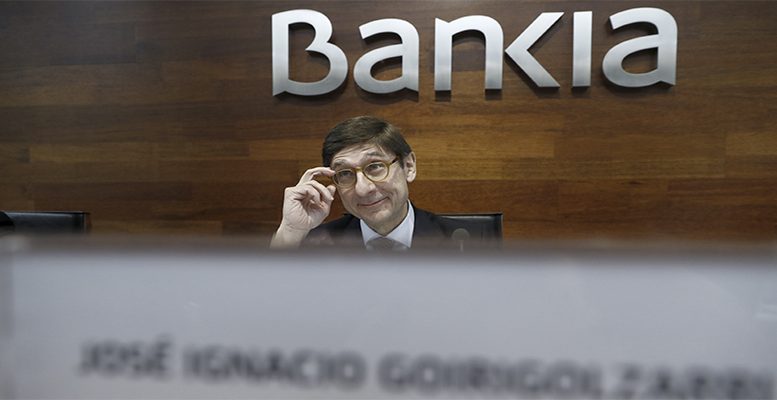 The board of directors of Bankia and Banco Mare Nostrum (BMN) have approved the merger of the two lenders via a share exchange of 1 Bankia x 7,82. Furthermore, Bankia values BMN at 825 million euros. The deal is expected to be closed in December this year, once the banks’ AGMs have taken place and regulatory approval has been obtained. The operation is “relutive”, in other words, Bankia’s EPS will increase as a result.

Bankinter analysts reiterate that the integration of BMN within Bankia makes strategic sense:

It will allow Bankia to increase the volume of its assets (by about 20%) and gain market share in those regions where BMN’s business orginated (Granada, Murcia and The Balearic Islands). We have also commented that we believe Bankia’s acquisition of BMN is interesting within a valuation range of between €700 million and €900 million, (a valuation multiple of around 0,40 P/BV).

The transaction will be made via a share exchange – there will be no cash payment – and, according to Bankinter estimates, the merger will allow Bankia to improve its EPS by about 9% from year one. In other words, it’s a “relutive” operation for Bankia from year one. The bank itself is forecasting a rise of 16% from 2020.

The deal will also generate negative goodwill of over €1.4 billion which will offset the costs of restructuring and making additional provisions to bring BMN’s credit quality ratios in line with those of Bankia.

The estimated impact on CET – I “ fully loaded ” is 140 bp, although the estimated pro-forma, post-integration ratio reaches 12,0% – higher than the sector average. As flagged by Kepler-Chevreaux’s analysts:

The hit is due to 1 billion euros in provisions at BMN, as it increases its coverage to Bankia’s levels.In a way, we can think of this as a way to lower capital today to increase future earnings.

BMN represents 20% of loans at Bankia, 28% of deposits and 36% of branches (which shows its capacity to close branches and optimise the network, bringing it on a level with that of Bankia). Bankia thus becomes the fourth largest bank in Spain, well ahead of Sabadell (fifth largest). In particular, the merger will allow the lender to become the leading franchise in the province of Granada, with a market share of over 30%.

The Bankia and BMN merger will generate restructuring costs of some 334 million euros before tax, according to a statement lodged with the Stock Market Regulator (CNMV) from the lender headed up by José Ignacio Goirigolzarri. That said, it has not provided details on how the costs will materialise.

Renta 4 has a target price of 3,8 euros per share for Bankia.