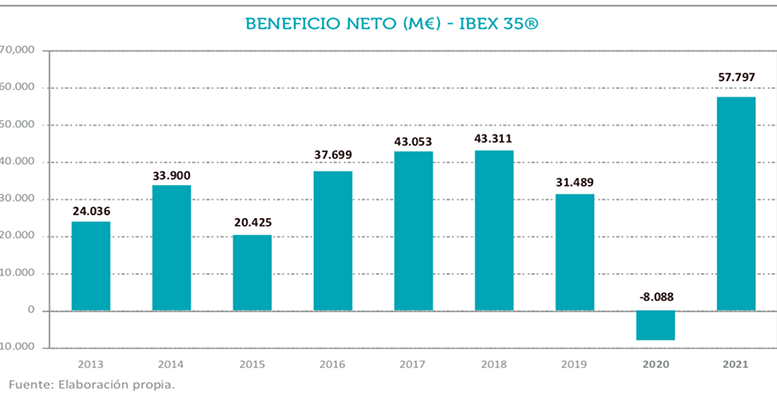 IBEX 35 Companies Had €58 Billion In Net Profits, With A V-Shaped Recovery From Pre-Covid Levels.

BME | Revenues of large listed companies rebounded by 17.4% in 2021 from 2020 to €477.778 billion euros. The figure was still 8.3% lower than that achieved by IBEX 35 companies in 2019. A positive indicator for this group of leading companies in Spain is that, with less revenue than before the pandemic, they have achieved the highest aggregate profit figure in their history. IBEX 35 companies generated close to…

ACS, Ferrovial both chosen to present final bids for the Inglewood Transit Connector, worth €1.3 Bn

Escrivá Forecasts A Rise In Social Security Enrolment In May Of 217,000 Contributors, The Third Best Figure In The Series

Link Securities | The big Spanish infrastructure groups are forming alliances to make a bid for the only major public works concession planned for this year in Spain, according to Expansion. The Madrid Government is finalising the tender process for the City of Justice, involving an investment of 500 million euros. So ACS and Acciona have decided to join forces for the project, while Sacyr has teamed up with Ferrovial….