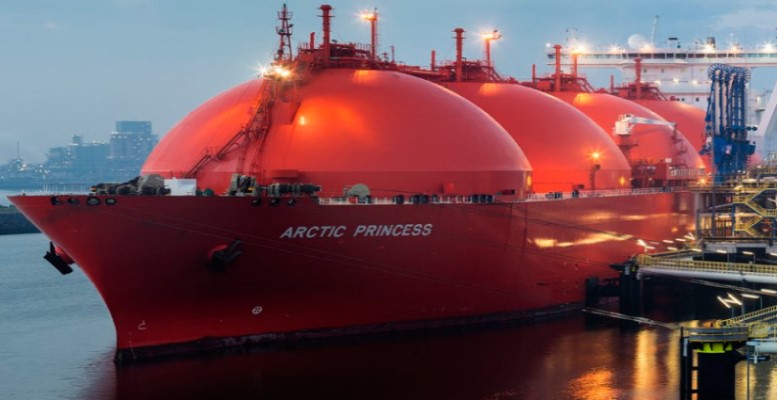 Natural gas imports from Algeria to Spain plummeted by 40% in 2022, with Algeria falling to second place among suppliers and representing 23.9% of Spain’s total. These figures, according to sources in the sector, will continue to fall during this year, 2023, as “orders placed during the first months of 2022 for natural gas, before relations between Moncloa and Algiers broke down, have yet to be deducted”. And if this…

Repsol continues to accelerate growth of self-consumption business through Solmatch

New commuter trains for northern Spain too big for tunnels

Mutual funds in Spain last 15 years: from +334% for Caixabank Multisalud to -71% for BBVA Megatendencia Demographia

Unemployment rises by 70,744 in January, unemployed number over 2.9 million 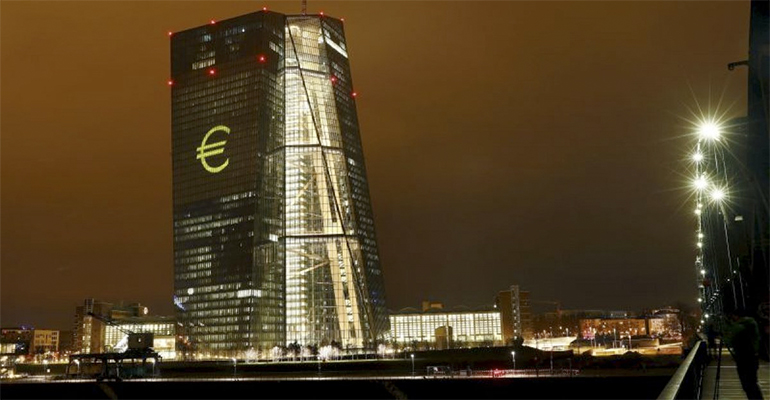 On Monday we once again had statements from ECB council members after last week’s appearances following last week’s meeting. There are few novelties, except for the reaffirmation of similar broad movements for March. According to Committee member Robert Holzmann, inflation must be actively combatted until the citizens of the Eurozone feel that price stability is part of their daily lives. Holzmann did make an interesting point in explaining that the…

German industrial production falls by -3.9% year-on-year in December vs. -1.6% estimate and -0.5% previously

The Fata Morgana, or how markets ignore that the greatest risk for 2023 lies in overestimating economic growth

Veronika Grimm: “the high costs of fossil energies represent a stimulus to accelerate the transformation towards renewable energies” 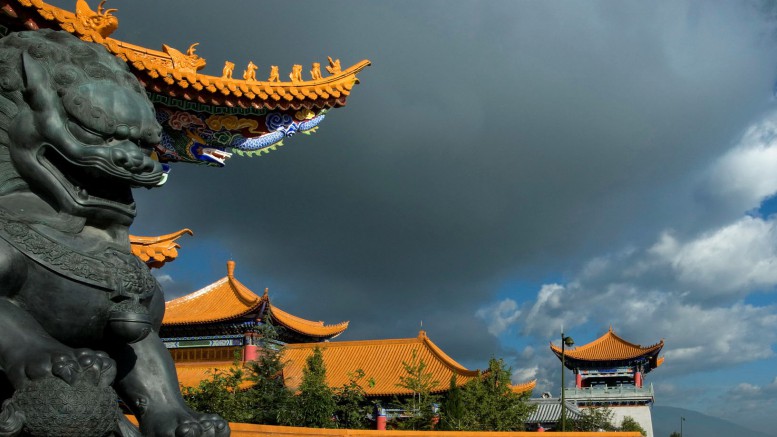 Alicia García Herrero (Natixis) | The grand comeback in Asia is taking shape, but there is one missing piece. Although China, the world’s largest international travel spender, is still on its recovery path, it will eventually return to global prominence. Before the COVID pandemic, Chinese tourists had become an integral part of the global tourism sector with their spending share rising from 8% in 2010 to 16% in 2019. The…

Personal consumption growth in Spain and US begins to slow notably 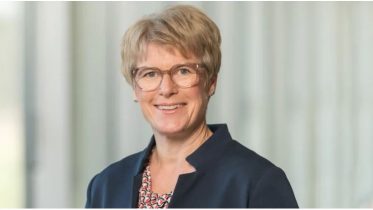 Veronika Grimm: “the high costs of fossil energies represent a stimulus to accelerate the transformation towards renewable energies”

Lidia Conde | Veronika Grimm (Rendsburg, Germany, 1971) sits on the German Federal Government’s Advisory Council of Economists, which analyses the country’s economic development on the basis of scientific criteria and publishes a report every autumn in which it expresses its analyses and forecasts. Following its opinion, the government in turn responds to the council’s recommendations. Now, Grimm predicts that the economy of the continent’s leading power will shrink by… 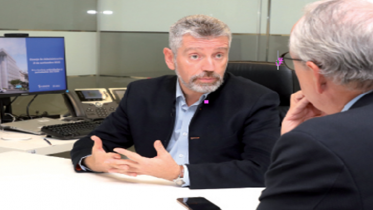 “The defaults are not the tsunami that was expected, it is a tide that is slowly rising”

Explains Fernando Salazar, President of CESCE, the Spanish Export Credit Insurance Company, in an interview with Fernando Rodríguez. Q- How does a company like CESCE, which operates in many countries, view the geopolitical risk map? A- Geopolitics is currently setting the economic agenda, as the world is in great turmoil; there is no region, not even Europe, that is free. We see the rise of populism, parliamentary fragmentation, social instability,…

“Carbon Prices Are Having Perverse Effects”

…in the last week

A government opposed to employers and profits

Mutual funds in Spain last 15 years: from +334% for Caixabank Multisalud to -71% for BBVA Megatendencia Demographia

Unemployment rises by 70,744 in January, unemployed number over 2.9 million

The Fata Morgana, or how markets ignore that the greatest risk for 2023 lies in overestimating economic growth

Sánchez goes to Rabat, Mohamed VI calls him from Gabon

Personal consumption growth in Spain and US begins to slow notably

Iberdrola tops 7,500 employees in US, its main investment destination

Rate of temporary workers in Spain’s public sector (30.2%) doubles that of private sector (14.8%)

Inflation in Spain rises to 5.8%, one point higher than expected 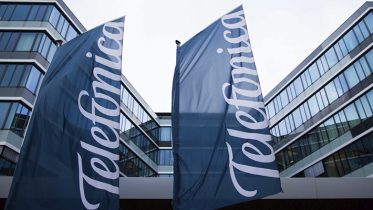 Link Securities | Telefónica has signed a strategic partnership agreement with the Saudi Arabian telecommunications operator STC Group to develop joint business in the Middle East and North Africa. With the signing of this agreement, STC Group becomes a member of TEF’s Partners Program, an initiative of alliances with other operators launched by the Spanish company in 2011 and covering more than 65 markets in Europe, Latin America, the Middle…

Fernando González Urbaneja & Luis Martí | Agustín Carstens, Managing Director of the Bank for International Settlements, Basel (BIS), explains that “I think this is a change of era. While it is true that it may coincide with a change of cycle, I believe we are facing a change of era for several reasons. There are structural factors that helped us during the last few years, since before the global financial crisis, allowing for an aggressive implementation of monetary and fiscal policy without inflationary consequences. A period in which aggregate demand was stimulated with an agile supply response that did not affect prices, or did so in a subdued way. I think that this model is difficult to sustain as it was related to novel factors at the time, such as trade openness, geopolitical stability and the entry into the global economy of emerging countries with large populations. All this contributed to increases in aggregate demand which found an efficient response on the supply side, without putting pressure on wages and prices. Now aggregate supply conditions have become more complicated so that changes in aggregate demand will have a greater impact on prices.”

Q- In Jackson Hole you referred to productivity as a concept that needs to be brought back into the economic and political debate.

A- We lived through many years during which the economy could be stimulated with aggregate demand actions, with accommodative and stimulative monetary and fiscal policies. But this is an incomplete view. Growth does not depend only on monetary and fiscal policies, but rather on how efficient productive processes are, on applying the best technology, on functioning markets, both labour markets and markets for products and services, on openness to competition in trade… I think the debate on growth has been limited. In economics we understand how aggregate demand works but not so much aggregate supply, which is a black box. There is no debate about how to make it more effective. Before the pandemic when the geopolitical context was more benign, we assumed the desirability of competition and trade openness, how important it is to invest in human capital. That debate is now absent and we need to return to it in order to put a measure such as productivity in value. It is not easy, that is why we resort to the easiest, to monetary and fiscal policies with short and medium-term effects. But central banks are at the limit on that path and for the future we cannot resort to more monetary stimulus to growth without addressing productivity in all its complexity and depth. This is a political issue, which requires the intervention of other actors, trade issues, supply dynamics…. 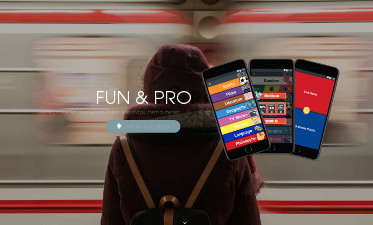 Q- Parallel to the effort to supervise and oversee the financial system, new financial market actors, what we call shadow finance, have grown….

A- As the BIS has noted, non-bank financial markets have grown exponentially and disorderly. Wholesale market operations have multiplied, in many cases very complex, speculative and lacking in transparency. There are regulated activities such as insurance, stock markets… that are controlled, but there are other sectors that have expanded greatly, stimulated by low interest rates that have led to the assumption of a great deal of risk. The problem is that this non-bank financial innovation operates with high leverage and balance sheet imbalances which affect their liquidity. In times of turbulence, markets are disrupted in their operational functioning. We have seen this in several episodes, for example with COVID, which disrupt some markets and cause very serious imbalances. This has forced central banks to act as market-makers of last resort to avoid disasters. Excessive leverage can lead to massive losses. This has been the case with some cybercurrencies or cryptocurrencies, which operate without a regulatory framework, with too much leverage and too little transparency. The good thing is that a barrier has been erected between the traditional markets and the others, avoiding systemic problems.

Q- I am wary of cryptocurrencies or digital money, a subject on which the BIS has devoted several papers. What do you see as the future of digital money?

A- In financial history we know of many attempts to create private money. When money is issued for profit, the story usually ends badly. And I think there is something of that behind cryptocurrencies. First comes the romantic idea of creating private, decentralised money, without the intervention of central authorities. But there is a fiction about decentralisation. It is apparent money that does not meet the three requirements of being a unit of account, a store of value and a medium of exchange. What has happened is that these creations have been accompanied by instability that complicates the classical function of money and are affected by dangerous speculation. In 2018 I said that bitcoin was a Ponzi game, a speculative bubble and an ecological disaster. And the prediction is coming true.