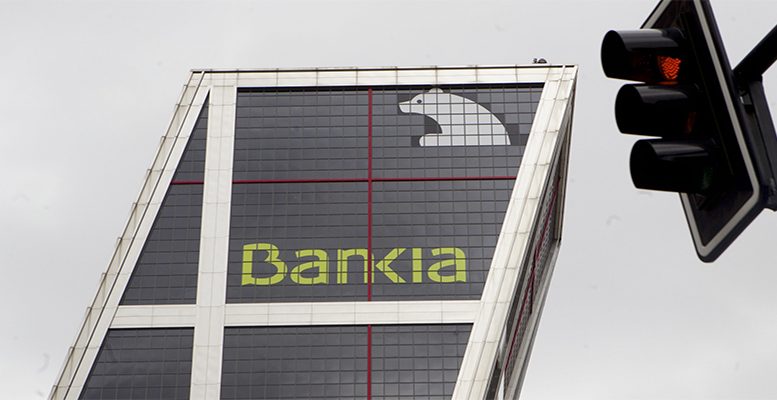 Bankia posted net profit of 816 million euros in 2017, up 1.4% from a year earlier, thanks to the progressive stabilisation of the bank’s gross margin due to a greater marketing push. Keeping costs in check and controlling the cost of risk also contributed to the increase in earnings, the bank said on Monday.

After incorporating BMN and accounting for the one-off adjustments related to the merger, totalling 312 million euros, net profit stood at 505 million euros, down 37.3% from 2016.

With this increase in profits (in homogeneus terms) and the bank’s healthy solvency levels, the board has proposed maintaining the dividend at 11,024 cents per share. This takes annual shareholder remuneration to 340 million euros, with a pay-out of 41.7%.

Given the FROB’s current 61% stake in Bankia, this dividend means another step forward in the process of returning 207 million euros of state aid.

The total amount paid back will stand at 2.863 billion euros. Bankia chairman José Ignacio Goirigolzarri said that 2017 was a “very important” year for the bank because it finished its restructuring plan, completed the merger with BMN and progressed with its privatisation process.

He also flagged that for the fourth consecutive year, the bank has increased the amount earmarked for dividends and continues to pay back money to tax payers.

Operating costs were stable in comparable terms and the efficiency ratio was 51.2% compared with the sector average of 55.6%. Elsewhere, the balance of doubtful risks at Bankia registered a decline of 1.736 billion euros to 9.740 billion. Meanwhile, adjudicated assets in terms of net book value fell 326 million euros to 1.925 billion. That said, after the integration of BMN, doubtful risks stand at 12.117 billion euros and net adjudicated assets at 3.399 billion. The coverage rate of both lenders, after applying the new IFRS9 regulation, stood at 56.5%.

In terms of solvency, with BMN already integrated, the bank had a CET1 fully-loaded ratio of 12.33% at end-2017. Its share price fell 2% after the market opened this morning to 4,29 euros.