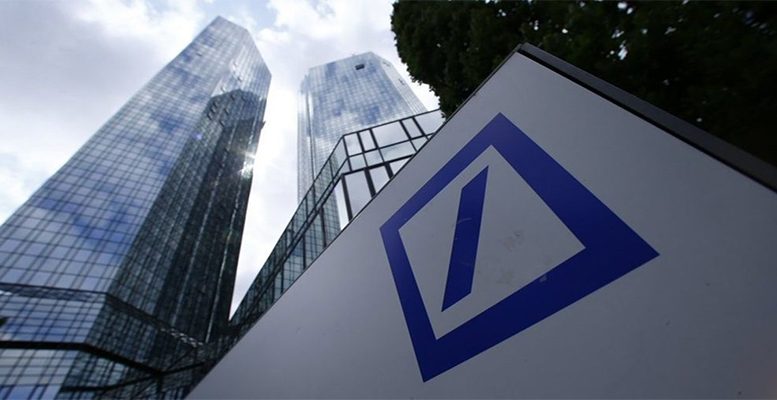 Deutsche Bank has begun the process to sell its retail banking business in Spain and expects to receive non-binding offers before July 18. The German bank has 700,000 clients in Spain, mainly in personal and private banking, a network of 230 branches with 2,600 employees and 16 billion euros in assets.

The bank’s wholesale and investment banking activities, as well as its business in Portugal, will not be included in the operation. The sale price is not known, but according to the economic press, the bank’s initial intention was to obtain up to 2 billion euros from the disposal. “This price reference is not valid at the moment – the operation excludes the wholesale business and the Portuguese franchise,” Bankinter analysts say, adding:

We believe Deutsche Bank does not have any urgent need to sell assets. After the 8 billion euros capital hike carried out in April, its CET I “fully loaded” capital ratio will stand at 14.1% (vs 11.9 % en Q1’17) and will be at the highest level compared with its peers – around 11.0%/12%.

Apart from that, the sale of its Spanish business makes strategic sense for Deutsche Bank. The size of the bank in Spain is smaller than that of the main lenders specialising in comercial banking (Caixabank €370 billion; Bankia €184 billion; Sabadell €220 billion; Unicaja €56 billion and LBK €39 billion).

Another important factor is sector consolidation. The Spanish banking industry has been reduced to a dozen institutions, and many of their clients coincide with those of Deutsche Bank. The typical client of the German bank in Spain is someone who is looking for diversification. If their business goes to one of the big banks, it can lose some of its clients as they coincide and are looking to put eggs in different baskets.

It’s worth remembering that other banks like Barclays and Citigroup previously sold off businesses in markets where they did not have a significant market share.

The second half of 2016 was particularly tough for Deutsche Bank España: after earning 27.8 million euros in the first part of the year, its results tumbled 88% in the second half and it posted losses of 18.9 million euros. For the year as a whole, the bank registered net profit of 5.7 million euros, down 93.75% from 2015.