The figure below shows that the world is expected to grow by 3.6% in 2018, basically due to a 4.8% expansion of emerging markets. Developed countries continue looming with a 1.9%, not enough to solve their social and economic problems. 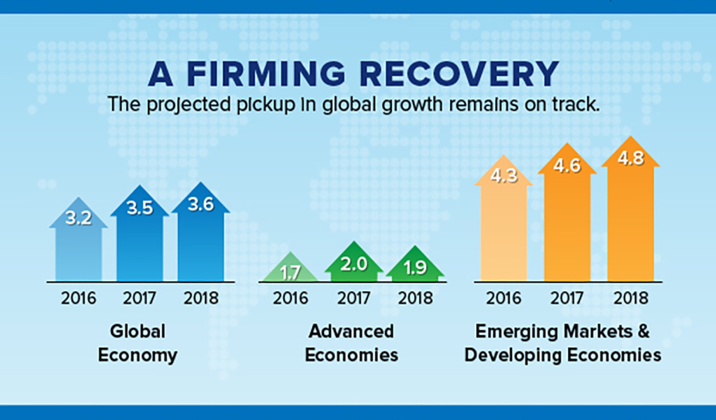 The best medicine for short-term and moreover long-term debt problems (pensions) would be a stronger, more solid and prolonged growth. What underlies on that boom of developing economies and this sluggish performance of the rich countries?

The so-called secular stagnation theory points to some factors: aging population, stranded investements, very weak productivity, low inflation… watch inflation problem! This is an issue as serious as it is too high inflation. Financial indicators such as debt are measured in nominal terms, and nominal GDP, which joins real GDP plus inflation, is crucial. It is not easy to have a weak inflation as much as orthodox liberal economists insist.
Low inflation affects corporate margins, damaging expectations and hampering investment. It also has an impact on real productivity even though this can be considered a paradox.

The figure below shows productivity of all factors in the US, according Martin Wolf’s article on weakness of developed economies. 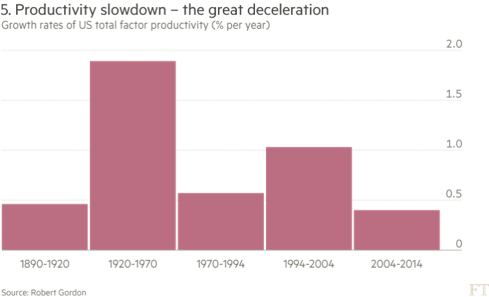 Prices affect real figures, as it should be. Weak prices do not encourage investment and undermine productivity.