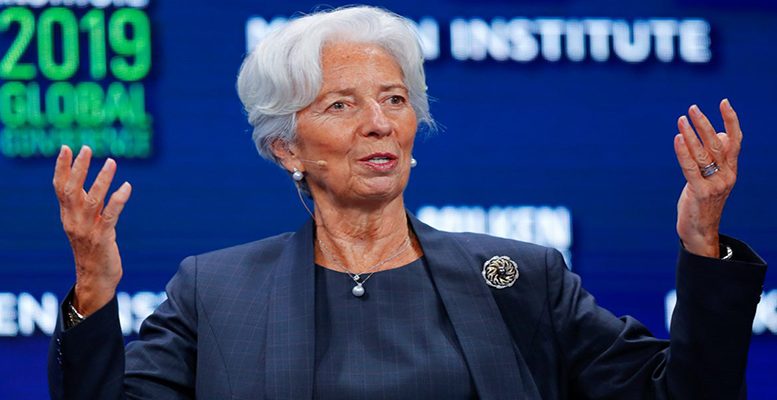 Olivia Álvarez (Monex Europe) |  The ECB will host its first 2020 monetary policy meeting next Thursday 23rd. The event is unlikely to bring any changes over policy tools after the accommodative package introduced in September, but rather, it could turn the attention towards any changes in the economic outlook facing the Eurozone and the strategic review vowed by new chief Christine Lagarde.

In the December meeting, the balance of risks portrayed by Lagarde was “somewhat less pronounced” than the one “tilted to the downside” previously stated by Mario Draghi. The eased prospects of a cliff-edge Brexit after the UK general elections and the trade truce struck by US-China added to the global outlook optimism. Recession fears also retreated amid signs that Eurozone output data finally bottomed out in Q4.

The mild rebound in manufacturing leading indicators, while domestic demand remains supported by close to record low unemployment, adds to a better scenario. ZEW expectations survey and Markit PMIs in the euro area –also up for updates this week-, suggest the sour rhetoric along 2019 has somehow receded. This has been positively accounted for by fixed-income markets, with German 10-year bund yields bouncing back from its all-times low in early September. Market-based inflation expectations have also ticked higher under better demand prospects. In light of this signals, further easing plans should remain parked in the ECB communication. However, next policy meeting is not exempt from delivering a marginally dovish surprise to markets. The strategic review pursued by Lagarde, the first since 2003, is aimed at tackling central features in the institution´s goals, like the inflation target itself. In contrast to the current “close, but below 2%”, the likely revised targets are bound to widen the scenarios under which the ECB is set to relax the monetary tools.

Whether it is a symmetrical goal, a target band or average inflation targeting, they all imply a dovish shift by allowing the ECB to underestimate episodes of inflation overshooting. Lagarde has plead for silence in the run-up to the meeting review. Yet markets remain quiet before the announcement next week, with EURUSD close to record low volatility in both spot and hedging markets despite the slower activity in fixed-income assets.