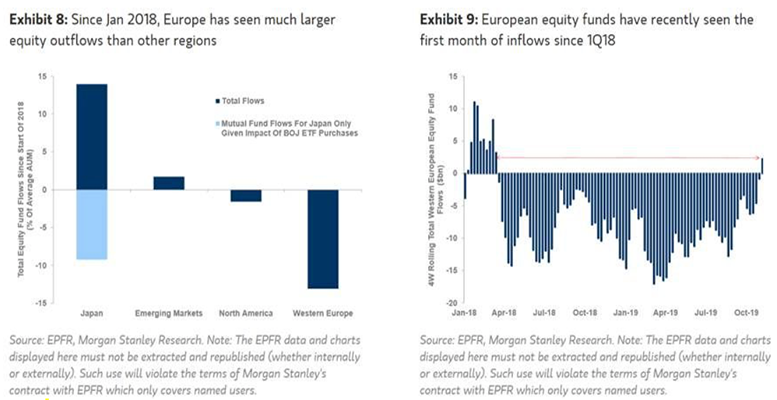 Morgan Stanley | First sign of inflows in Europe: Europe has suffered the greatest outflow of flows during the last two years. According to EPFR estimates, there has been a 100bn outfow of dollars in shares and 50bn dollars in fixed income.

However, we are beginning to see the first signs of a new trend: after 85 consecutive weeks of outflows we have seen for the first time entries (1m) in Europe.