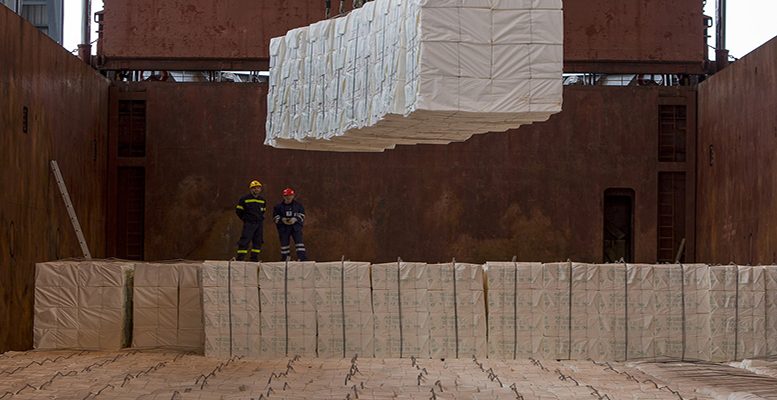 The fourth quarter of 2018 has been penalised by lower cellulose process. Analysts at Santander foresee a recovery in the first quarter of 2019. As the new Ibex35 member Ence is listed at an EV/Ebitda rating for 2019 of around 4.5X (compared to 6.5X in the middle of the cycle) remains a solid investment.

The share price of cellulose has fallen around 30% since September 2014 (compared to around -6% for the IBEX). According to Santander, this is due to three factors:

(1) sector specifics: a correction in the price because of the reduction of stocks in China facing fears of an economic slowdown (trade war) and, possibly, a certain excess of supply after the end of the transport strike in Brazil last summer;

The experts foresee a recovery in first quarter 2019, but for investors one of the principal questions is when will process stabilise and at what level?

The sector performance (around -28% since September 2014) appears to discount a significant price correction, which we do not foresee happening, which will create an opportunity to buy. We believe that the price correction will be of short duration and that there will greater price discipline in the future.

In opinion of the Santander’s research team the catalysts for this quarter are:

Recovery in prices after Chinese New Year. They do not foresee structural weakness in demand for hard wood cellulose, which has grown at around 5% yoy in the first ten months of 2018 (10% in China).

Even so, the seasonal nature of the cellulose price suggests pressure until Chinese New Year (which begins 5 February 2019), to recover later, before the programmed halt for maintenance in first quarter 2019.

Green light for the Fibria-Suzano merger. The merger was finally approved in December, with limited corrective measures. Together, they will control 30% of sales to third parties of hard wood cellulose, which, foreseeably, will bring greater price discipline to the sector.

Attractive Valuation. Ence is listed at an EV/Ebitda rating for 2019 of around 4.5X (compared to 6.5X in the middle of the cycle) and has a profitability from cash flow attributable to shareholders of over 15%. The argument for investment remains solid: (1) increase in structural demand (TACC of around 4% in 2007-2017) driven by the consumption of tissue paper in emerging countries; (2) imbalance between supply and demand until 2021, which will sustain cellulose prices and could cause increases in 2019-2020; and (3) a promising Strategic Plan. Investments of around €1.3 billion in 2018-2023, which will translate into an increase in Ebitda of around 14% in 2018-2023, in other words “the supposed base of the management team, with a hard wood price of USD1.050 per ton,” concludes analysts.