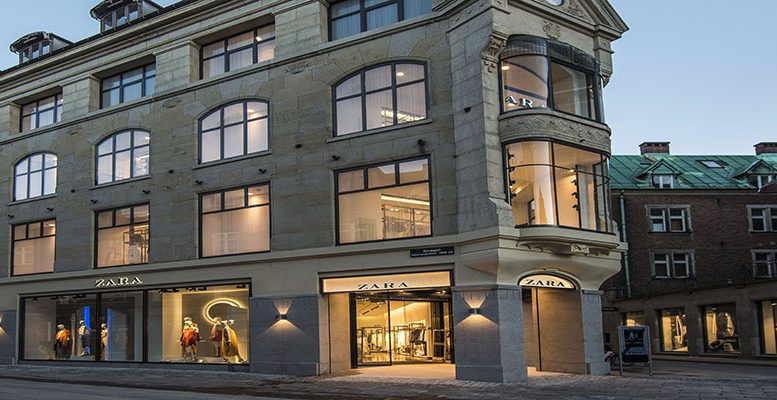 The Gallegan fashion retailer never fails to amaze us with its growth capacity, which is also healthy. As of now, it is not just the leading Spanish company in stock market terms but also one of the three or four in the Eurostoxx 50 worth over 100 billion euros. A surprising position given the fact that it its annual revenues ‘barely’ stand at a little over 20 billion euros and its profits are under 3 billion. And it is worth almost double H&M (46 billion euros), which generates more or less the same revenues.

It’s no surprise then that its high PER, 31x, which is more suited to a technology company trading on the Nasdaq, scares more than a few. So much so that whenever it shows any sign of a slowdown, people start selling massively. And analysts have done nothing to help the public. Ye of little faith! They have frequently been sceptical and advised their troops to sell, fearing that such a stunning story has to end at some point.

At the moment in fact this almost superstitious mistrust has led to a situation where only 7 of the 32 analysts who cover Inditex have a buy recommendation on the stock, despite the company’s spectacular first half results. There are 5 analysts with a sell recommendation and 20 with a hold stance.

Of course fear is free to do what it wants. And to justify such high valuations, the company will have to demonstrate that it is capable of beating its own records quarter after quarter. And is it achieving this? For the time being, it would appear so.

From 2008 up until last year, Inditex has doubled its revenues (and its net profit by around 130%). And in 2015, revenues increased by 15.4% and profits by 14.8%. But what is more important and even more encouraging is the fact that its like-for-like sales grew 11%, and only 5% as a result of new store openings. Its first half results were also more than just acceptable.

Despite the fact that during the first half the company opened 83 new stores, it has managed to make more money from the existing ones than with the new establishments. This is because the group is expanding its offers across all its chains. And the public is responding well to its new proposals. This increase in choice is so successful that Inditex, which has succeeded in boosting sales per store by 5% between 2000 and 2016, is seeing an even bigger rise.

And if that weren’t enough, the company is improving its efficiency in an incredible way. Neither does it have any financial costs, given that it has enough ‘cash’ for its new stores and logistic warehouses. Its on-line sales are growing massively and this división is very profitable. Last year, Inditex’s on-line stores in Europe grew 38%.

The inconvenient thing about all this is that the company is leaves investors and analysts with their heart in their mouth. It seems difficult to continue making more cost savings and generate even higher revenues by m2. It’s posible, but the new stores seem to have infinite upside. At the end of the day, just one country, Spain, represents 17% of Inditex’s business. The company has 7,096 stores in 91 countries, 1,314 of which are in Spain. But in China there are only 580: so the upside there is huge. There are also only 289 stores in France, 134 in Germany and 109 in the UK.

The opportunity for expansion in all its markets is wide open: it depends on the company opening more stores, which depends on its financial and management capacity (which may be limited in the latter). For the time being, there are no serious risks of cannibalisation. Inditex’s brands, particularly Zara, are still very strongly positioned in Europe. They are the preferred brands in the middle-market segment, both in terms of design and price. In Latin America or Asia they are the aspirational fashion brands with the best image.

Hence the fact that many brokerage houses have relaxed their view a bit over the last few days and have published their estimates for Inditex’s stock price. In the case of Goldman Sachs and Citi this is 37 euros. And it’s very likely that this forecast is conservative.

These brokerages have decided to overlook the fact that there has been a slight slowdown in the pace of growth in both revenues and profits in the first half (11.15% and 7.7% respectively). And the firm’s gross margin fell from 58.1% to 56.8%. But these are normal ups and downs, which are not indicative of any fundamental trend. The company appears to be holding on tightly to the spirit with which it was founded: grow more than anyone else.