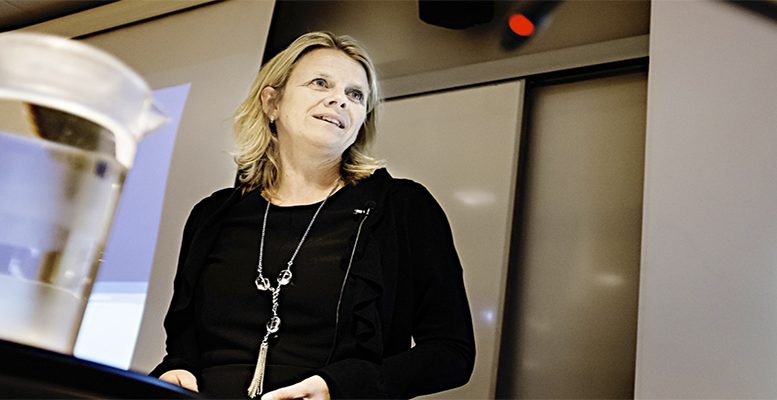 Fixed income’s scant returns has led Norway’s sovereign fund to focus on equity investment. This now accounts for 65 percent of exposure. The Norwegian government estimates that investment in the stock market will reach 70 percent to boost profits in the coming years. Hilde C. Bjørnland, professor of Economics at the Norwegian Business School and Director of the Centre for applied economy and oil explains why.

Q: You have been appointed by the Norwegian government to assess the equity portion of the Pension Fund. They say that having 40 per cent in bonds will affect the return over time. But low interest rates have been a reality for months. Why a change of portfolio right now?

A: I think it is advisable to assess the framework of the Sovereign Wealth fund regularly. It had been more than 10 years since they last changed the equity portion. This, together with the fact that global real interest rates have fallen gradually the last decade, and are projected to remain low for a long time, suggested assessing the equity portion now.

Q: A higher share of equities means raising the expected return, but that also comes with higher risk. You have said you are well equipped to handle it. But after the 2007-8 crisis risk managing authorities reckoned that we have not learnt much: new derivatives are there, banks are bigger, financial regulation in place has too many loopholes…

A: Equities carry higher risks. Realised return will therefore fluctuate more. Historically, equities have paid significantly higher returns than bonds over time, at the cost of intervals of lower returns. The trade-off between expected risk and return must also take into consideration; inter alia, the total risk in Norway’s petroleum wealth and the role of the fund in fiscal policy. Note, we have said that we think the authorities have gained some experience in how to handle risk over the business cycles (not that they are well equipped).

Q: Five years ago nobody would have expected negative rates or Brexit, for example. Have these uncertainties changed your working methods to assess returns in any way?

A: There will always be new unknown events and developments that change the expected return as well as risk of holding any asset. This is part of the real world considerations that have to be understood and dealt with by the fund managers including the politicians.

Q: The Norwegian government is permitted to take out up to 4 per cent of the value of the fund each year to use in the budget. But it used only about 3 per cent in 2016. Why? Is one of the reasons that some inflationary tensions might be created if you pump all that money into the economy?

A: 3 percent is already a considerable spending impulse relative to the domestic economy. Using more that 3 percent of the fund would inflate the economy substantially. Note also that the government have recently suggested that the take out of the fund should be reduced from 4 to 3 percent, so in line with our recommendations.

Q: What are your projections in terms of oil prices for the coming years?

A: The Mork commission did not give projections for oil prices.

Q: Thanks to its lucrative oil and gas industries, Norway can afford big incentives for electric cars, including exemption from a 25% sales tax, while elsewhere in Europe the main driver for EV growth isn’t subsidies but legislation. What do traditional car makers say about subsidies? Do they get compensated in any way? For how long do you project this policy can be maintained?

A: The subsidy works like an incentive to buy electric cars. You have to ask the government about how long they intent to maintain the subsidy. I do not know.

Q: The fund is such a big, complex financial structure. I asked them if at any point they have contact with a fiscal paradise. They answered that “as an investor in nearly 9,000 companies worldwide, tax havens and tax evasion constitute a financial risk to the fund.” Is this answer acceptable given the high transparency standards of  the Norwegian government, which ultimately is the fund’s owner?

A: The fund is one of the world most transparent sovereign wealth funds. All their investments should be reported.

Q: You were a member of the government commission reevaluating the fiscal rule for the take-out from the oil fund. Could you please explain to me how that worked?

A: That commission suggested that that the authorities had to be more gradual in the take out from the fund. They further said that the 4 percent spending rule was a too large impulse to the economy. In the Mork commission, we specified this further, suggesting that the government should not spend more than the expected real return, which is going to be much lower than the 4 percent.

Q: The Fund is meant to be a safety net for future generations. Can that affluence turn against them, preventing them from thinking about their financial future because the State has already taken care of it?

A: I believe it is well communicated that the fund will not be able to maintain the same level of spending relative to the size of the economy in the future, and that one would have to either cut spending or increase taxes.

Q:According to the OECD, Norwegians have one the highest personal debt levels in Europe, 225% of net disposable income (2014 data). Do you think this should change?

A: It is true that households are vulnerable as they have a large debt to income ratio. This is clearly a concern for financial stability.