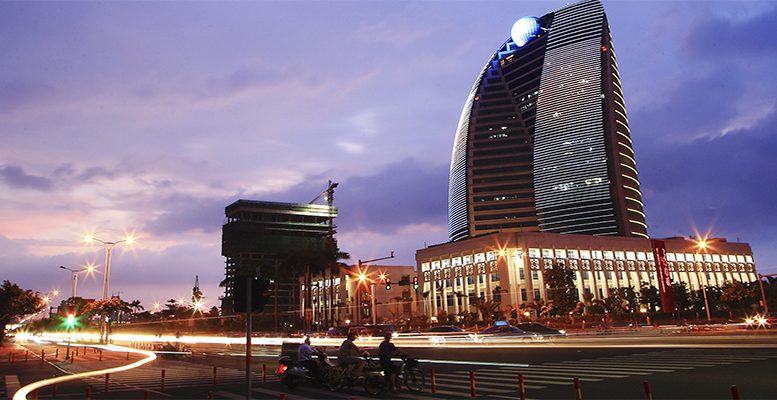 Hainan is headquarters of HNA Group

After the “war” between Atlantia and ACS for Abertis, now a new counter-bid could be launched to the Spanish market: the one of NH Hoteles’ leading shareholder, China’s HNA (with 28.2% of capital), for the hotel chain which improves on that made by Barceló, as reported by online daily El Confidencial. Barceló’s proposal means a reverse merger with an NH capital hike; 60% of the new company for Barceló and 40% for NH shareholders, valuing NH at 7,08 eur/share.

There was speculation from the first day Barceló announced its proposal that HNA could consider a counter offer. For ACF, the news could have “a positive impact” on NH’s share price.

“The potential counter-bid from HNA would fit in with the strategic sense of merging it with Carlson Rezidor, which we considered as the first option in terms of possible M&A involving NH. However, HNA’s recent sale of a block of shares with a repurchase agreement (equivalent to 1.14% of NH’s capital), within an internal financial operation, suggests it would not be the best time for the Chinese firm to launch a bid for the remaining shares of NH.”

In this sense, there was news recently pointing to it supposedly being a priority for HNA to control its large debt pile, implying curbing the pace of its non-organic growth.

On the other hand, the possible merger with the Barceló Group has been called into question by some analysts. Bankinter in particular makes the comment that the deal consists of an exchange of assets and not a financial offer. In its opinion, it’s not an attractive option for NH shareholders, neither in terms of the exchange ratio nor the type of compensation offered.

“Our central scenario considers it as very unlikely that the operation will materialise under the current conditions. Barceló would have to improve on its offer. Not so much from the point of view of price (although the attractiveness is limited after the 20% rally which the share price has enjoyed since the operation was revealed), but more in terms of the compensation offered (cash or a combination of cash and a share exchange).