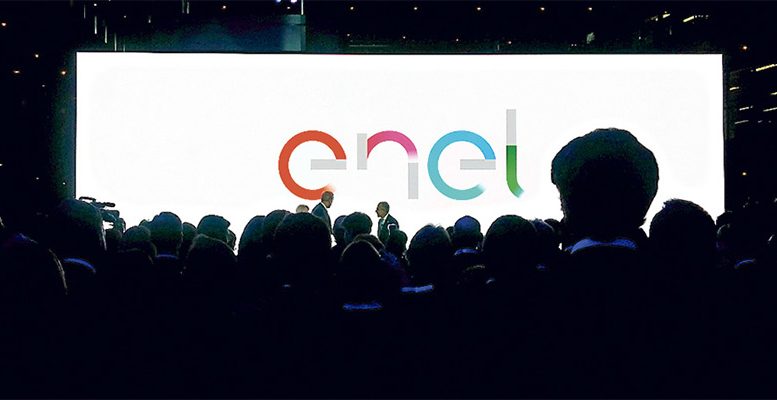 After the Endesa takeover in the late 2000s, followed by the financial crisis and the Fukushima accident, Enel’s process to extract value from the Spanish utility transaction has been slow and painful. Earnings were a downward trend, while net debt levels substantially increased. “A diet was needed; both capex and dividends had to be slashed to retain cash flows. The float was increased in Enel Green Power (2010) and Endesa (2015) to get some additional cash”, point Carax- Alphavalue anlaysts.

Indeed, the experts say the company started an intensive slimming down regime to reduce debt levels and improve its ratios, boost its rating and lower its cost of debt. The process was painful but disciplined. It is starting to bear fruit with debt ratios and credit rating finally improving. In their opinion:

Now that the company has completed its reshaping process with the spin-off and merger of its LatAm subsidiaries and the full control of its renewable subsidiary (EGP), it can move on and focus on increasing shareholders’ remuneration and value creation. Markets actually like that.

With the end of the restructuring process near, the company is now concentrating on an investment strategy that thinks of growth. The group has earmarked for the next three years a total of €20.9bn spending, of which 59% would go to growth ambitions (€12.4bn). 95% of it would be on regulated or semi-regulated activities. An increased focus has been put on digitalisation and new consumer sources on the retail side. This would include offerings relating to e-mobility for instance: vehicle-to-grid and vehicle-to-home, in addition to recharging infrastructure (e-home and with a partnership signed with the Italian concession operator).

With almost the same budget plan as proposed last year, the group has reshuffled its investment targets as it decided to cut by 29% its investment in renewables (from €7.3bn to €5.2bn), while increasing by 26% the investment in networks (from €4.6bn to €5.8bn). Moreover, it has increased its investment budget for Latin America (+6.7%) and Iberia (+53.3%), at the expense of Italy (-3.4%), North America (-54.5%) and Europe (-58.3%) thus bringing a geographic twist to priorities. For carax- Alphavalue the move highlights a strategic shift favouring networks rather than renewables.:

A smart chess move, as the next big investment wave will be about networks, as renewables are a mature market in Europe and margins looks like being squeezed as highlighted by the recent low auction prices achieved on recent renewable projects.

On top of growth-oriented capex, Enel has also set aside a €2bn envelope for acquisitions focused on networks and renewables. This would be financed through an extension of its active portfolio management with an 8% asset rotation programme.

A simpler structure should benefit EPS and shareholders

Following the Enel Green Power (EGP) minorities buy-back achieved at the end of 2016, Enel appears keen on further simplification of the group’s structure through minority buyouts. For this purpose, Enel has committed a €2bn envelope for the next three years. The process already started in 2017 when the company acquired a further 13.6% of the Romanian subsidiaries E-Distributie Muntenia (EDM) and Enel Energie Muntenie (EEM) for €400m. The acquisition has raised Enel’s holding to 78% (from 64.4% previously).

Now that the first restructuring phase in LatAm has been completed, the second phase has started under which the group targets a country level simplification. Sumarising analysts think the objective is the following:

“To decrease the number of companies in the region by roughly 55% (from 67 currently operating). This measure would allow further cost efficiency and better control for the mother company.

Supported by its renewed investment strategy in growth, Enel targets an EBITDA of €17.2bn by 2019 (a 4.4% CAGR). In addition, the simplification of the group, minority buyouts, added to lower financial expenses would boost results at the bottom-line level to double-digit growth (around 15% CAGR expected) to reach €4.7bn in 2019. The net income target has been raised by 10% from expectations a year ago.

Logically, the group has decided to improve shareholders’ remuneration for the coming years: 5% increase in the payout ratio to 65% for 2017 and 70% for 2018 and 2019. Moreover, the group has reinstated interim dividend payments and raised the minimum payment for the 2017 dividend to €0.21/share (vs €0.20/share previously), which represents a 16.6% increase from the one paid on 2016.

The experts at Carax- Alphavalue believe the company posts a discount to peers mainly due to its holding structure.

We actually apply a 10-15% discount to peers’ multiples for the LatAm exposure, the holding profile and the Italian flag uncertainty. Obviously the company has an FX exposure to LatAm currencies, themselves under the spell of volatile oil prices but a 12x P/E multiple seems low when driven by a high proportion of regulated earnings and warming growth expectations. Moreover, it is far below the 15.3x paid for its closest comparable Iberdrola.

Under current developments, the holding discount should go. The DCF is promising despite being applied to forecasts below management’s expectations. The NAV provides upside regardless of conservative multiples as a greater percentage of the regional earnings come from networks and semi-regulated assets.

They finally confirm Enel as their top choice for the sector of networks and semi-regulated assets.