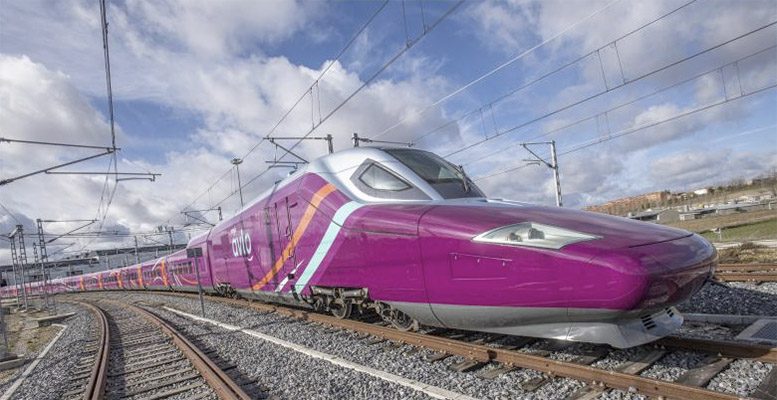 The AVLO will be the AVE with more capacity to transport passengers, with a total of 438 seats

Spain’s state-owned railway company Renfe has sold in one hour a 1,000 AVLO tickets at 5 euros each to travel between Madrid and Barcelona from April 6. The offer was launched in tandem with the commercialization of its new low cost AVE service. With this low-cost high speed train, Renfe seeks to anticipate competition from other operators, such as France’s SNCF, which plans to introduce its low cost AVE ‘Ouigo’ in Spain.

The launch of a cheap AVE, together with digitalization and internationalization, is one of the pillars of the strategic plan which Renfe is developing to prepare for such competition.

The company is confident that this new service will generate 20% of its total revenue over a ten-year horizon.

Renfe will sell 1,000 seats a day for ten days as part of this new promotion. This will include tickets to travel from the start-up of the AVLO until the end of August. The basic tickets for the low-cost AVE will cost between 10 and 60 euros, depending on the demand and the schedule. But the price will be 5 euros for children under 14.

Travellers who want to take on a second suitcase with them, or choose a seat, must also pay a special charge.

In addition, the new low-cost AVE will not have one of the main features of Renfe’s traditional AVE, namely its voluntary punctuality commitment.

The AVLO will be the AVE with more capacity to transport passengers, with a total of 438 seats. Renfe plans to extend the AVLO to other high-speed rail corridors from 2021.