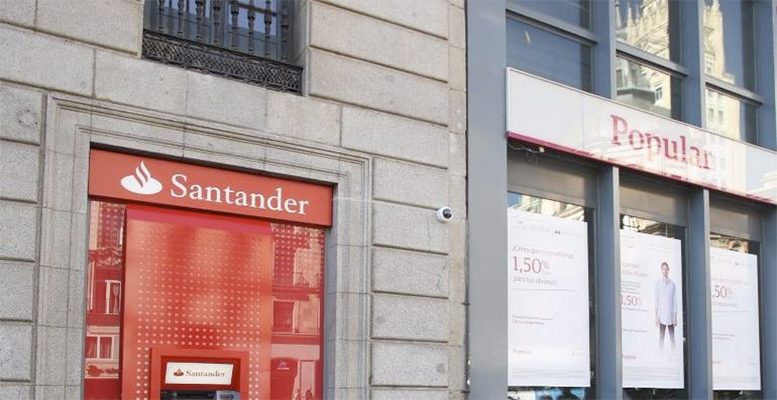 Banco Santander , S.A. increased attributable profit in the first half of 2018 to €3,75 2 million, 4 % higher than the same period of last year after a €300 million net charge primarily related to integration costs for Banco Popular. At the time of the Popular acquisition, on June 7 th 2017, the Group said it expected to register € 300 million in integration costs per year until 2019.

In the second quarter alone, Santander’s attributable profit fell by 3 % YoY as a result of the integration costs. Excluding non-recurrent items and currency movements, underlying profit in the second quarter was up 28 % compared to the same period of last year, to €1,998 million.

In the first half of 2018, the number of customers using digital services increased by 23 % YoY to 28.3 million, with the ongoing investment in technology driving an increase in digital service adoption. 47 % of active customers are now using digital services at least once a month . In April 2018, the bank launched Santander One Pay FX in Brazil, Poland, Spain and UK, the first international payments service to be launched across multiple markets using blockchain – based technology. One Pay FX makes it possible for customers to complete international transfers instantly in many cases or by the next day.

Ongoing investment in commercial transformation and digitalisation led to an increase in operating expenses of 3% (+12% in constant euros), however, the cost-to-income ratio, a key measure of efficiency, remained among the lowest of our peer group at 47.5 % (compared to a peer average of over 65 % ).

Santander’s CET1 capital ratio stood at 10.80% at Ju ne 2018. Santander generated 18 basis points of capital organically in the second quarter, offset by the elimination of excess capital from minority interests in SCUSA as announced in the first quarter (-18 basis points), and a 12 basis point reduction related to the valuation of the held- for-sell portfolio in the quarter. In the second half of 2018 Santander expects to register a positive impact on capital from the sale of WiZink (+0.09 point) . T he Group remains on track to meet its capital target for the year of 11%.

Credit quality improved during the quarter with the Group non-performing loan (NPL) ratio now 3.9 2 %, down 145 basis points since the integration of Popular in June 2017. Cost of credit fell to 0.99%, down 18 basis points since H1 2017, the lowest level in many years.

A balanced presence across both mature and emerging markets remains one of Banco Santander’s key strengths, with underlying attributable profit increasing in eight of the Group’s ten core markets. During the first half of 2018, the Americas contributed 51% of Group profit and Europe , 49%. Brazil was the largest contributor to Group earnings, with 26%, followed by Spain, 15%, and the UK, with 14% of total profit. The lending book also remains well diversified across business segments and geographies.

Over the last 12 months underlying return on tangible equity (ROTE), a key measure of pr ofitability, has increased by 42 basis points to 12.2 %. ROTE was 11.8% – among the best of the bank’s peer group.

Earnings per share (EPS) was €0.216, down €0.16, due to the impact of the Banco Popular integration costs.Underlying EPS increased by €0.235. The Group maintains its target of achieving double digit EPS growth in 2018.

At the AGM on 23 March 2018 the bank announced its intention to increase the dividend paid from 2018 profits by 4.5% to 23 cents per share , subject to approval by the Board and general shareholder meeting .