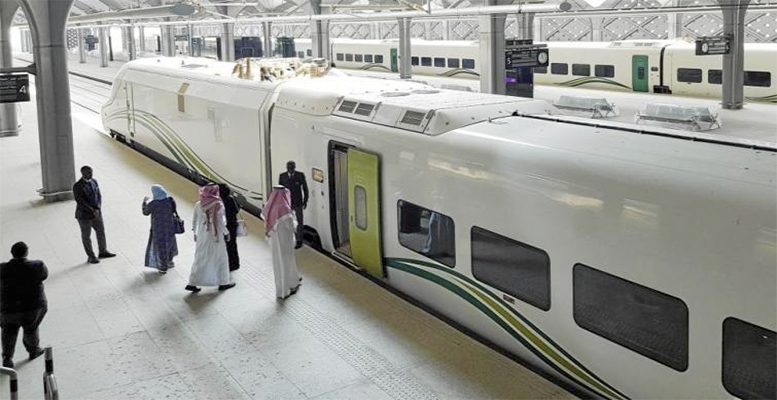 One of the trains of the AVE from Mecca to Medina

The King of Saudi Arabia, Salman Bin Abdulaziz Al Saud, officially inaugurated last Tuesday the high speed railway (AVE) from Mecca to Medina. This is considered the major infrastructure project by Spanish companies abroad. According to the consortium of companies building the railway, the price of the project has already risen to 7.1 billion euros.

The inaugural run of the “AVE of the desert” was carried out by two trains between Yeda and Medina.

The president of the consortium highlighted the watershed the inauguration of the the AVE in Mecca means for Spanish engineering. “It has demonstrated the ability of companies and engineers to construct a high speed railway in extreme climatic conditions.”

The start of the commercial service of the Arab AVE, which will be operated by Renfe, must wait another ten days, given it is scheduled to begin on 4 October.

For now, in its first year, the AVE of the desert will only run four days a week, from Thursday to Sunday, when it will offer eight daily services, although there is confidence that the frequency of service will be increased from January.

The AVE to Mecca has been inaugurated almost seven years after Spain began the project at the end of 2011, initially valued at 6.73 billion euros, but which, according to the consortium, has already risen to 7.1 billion euros after including the sums paid for delays and claims in recent months.

The contract has included the collocation of the track, 450km in length, and the installation of all the “superstructure” installations, as well as the provision of the trains and their operation.

Once in full operation, the AVE will link Mecca and Medina in at two and half hours and will transport some 60 million passengers a year.