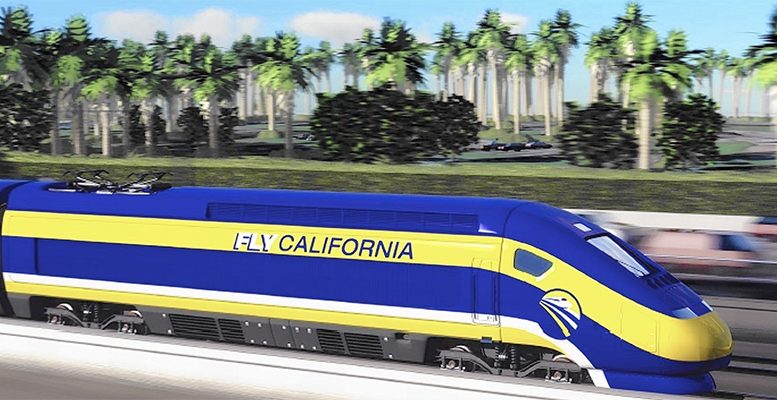 First high-speed train in the US, in California

Posted By: The Corner 5th September 2017

Renfe will submit a bid to develop what will be the first AVE train in the US, running between Los Ángeles and San Francisco in California on Wednesday September 6.

The Spanish state-owned railway company said it will formally submit its bid for the first part of the contract, confirming details in the High-Speed Rail Authority’s calendar. This is the organisation responsible for the planning, designing, building and operation of the new high-speed rail system.

The contract is to advise on the design and definition of the technical and commercial aspects of the high-speed service. The project is estimated to be worth some 30 million dollars (some 25,2 million euros).

If Renfe wins this contract, it can then opt in a second phase to develop the operation of the California high-speed. The line will be some 1.300 kilometres long, with 24 stations. It is scheduled to be operative in 2029, when it will connect Los Ángeles with San Francisco in under three hours.

The Spanish railway company will know within a month whether it has been selected for the first phase of the contract. According to the afore-mentioned calendar, the contract will be awarded on October 6. Its decision to bid for the first AVE in the US fits in with Renfe’s internationalisation strategy. At end-2017, part of the AVE La Meca-Medina will be operative. This project, along with the Californian AVE, are currently the company’s two main international challenges. At the beginning of this year it decided to withdraw from the bid for a contract in the UK to develop the West Coast line, one of the most important railway lines in the country. That said, Renfe has assured that it continues to look for business opportunities in British market, despite Brexit.