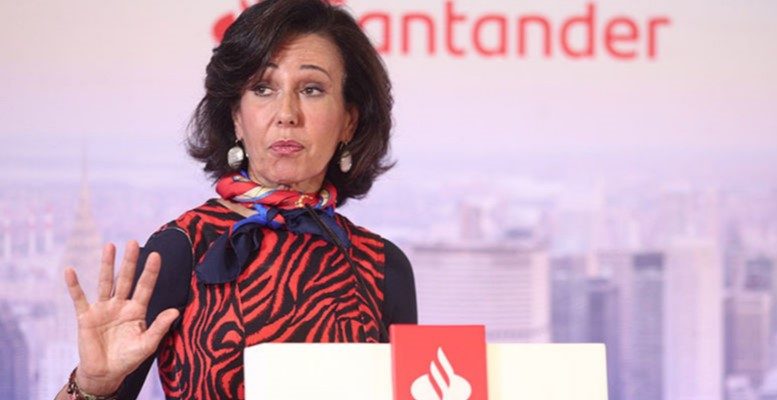 Santander has became the first Ibex-35 company to quantify a preliminary impact on its accounts due to the effect of the coronavirus. In a statement to the Spanish Watchdog CNMV, the banking group said it expects no effect on its first quarter figures. But in a scenario of rapid recovery or “V”, the crisis will trim 5% off full-year 2020 profits, it added.

This 5% cut does not take into account any mitigating measures, such as the battery of economic and monetary stimuli governments and central banks are launching globally to avoid a major economic crisis. Notwithstanding, chairman Ana Botín stressed that it is too early to quantify the effects of the crisis. This will depend on how the situation evolves.

For the time being, and looking at Q1’20, Santander flagged that its activity will not suffer any material impact. Ordinary profits will be in line with those of previous quarters, while organic capital generation will also be on a par with expectations. This is without including extraordinaries such as the formalisation of the bancassurance agreement with Allianz (reducing solvency by 10 p.p.), or the application of the international accounting standard for provisions (-5 p.p.).

The bank clocked up a total net profit of 6.515 Bn euros in 2019, 17% lower than a year earlier. This was mainly due to the adjustment of goodwill related to its UK business. Yesterday, Santander’s shares rose 7.7% to 2.2 euros each.