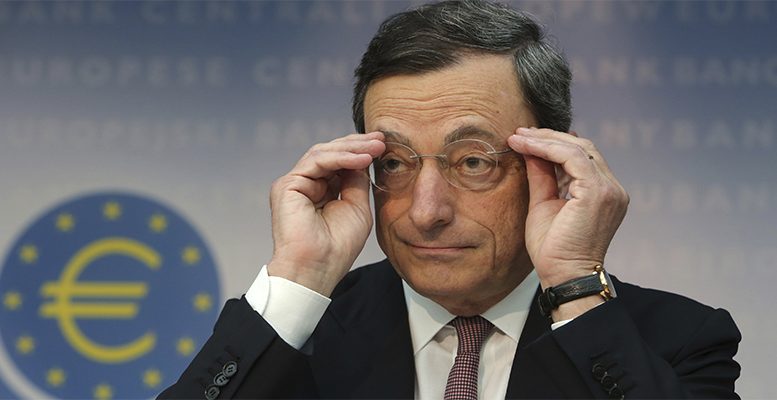 Once again the ECB followed the expected script: it kept interest rates at 0%, where they have been for the last year; it left the deposit facility unchanged at -0.4% and did not modify the debt purchasing programme. In addition, Draghi again played down the increase in inflation, resisting pressures from the ECB’s hawks for yet another month.

The markets’ reaction was positive. The Ibex again led the gains in Europe with a rise of 1.5%, closing the session at 9.998 points, just two points off the psychological barrier of 10.000.

But not everyone intepreted Draghi’s words in the same way. Some analysts perceived something of a change in the ECB President’s speech, merely because he said that they don’t expect further rate cuts and that the alert on deflation is over.

On the other hand, the majority consider that Draghi again played down the recent rises in inflation, given that to a great extent it is due to the rise in oil prices and, furthermore, it is still far off the 2% target. “The pressures on core inflation remain contained, limited,” Draghi stressed.

Draghi is one of those who believes t, it is too soon to claim a victory on the inflation front,in contrast with what they think in Germany. In his opinion, the transitory effects of prices needs to be monitored. His technicians have revised the inflation rate for 2017 upward (it will reach 1.7% compared with 1.3% forecast in December) as well as the growth rate. But this does not mean that the ECB is going to change its road map.

The Italian banker insisted that monetary policy is working well, as the economic recovery in the Eurozone and the good figures on employment show. Although governments still need to boost reforms.

The biggest concern for the Eurozone economy is political. Draghi talked about the effects of Brexit as well as the political uncertainty caused by elections in Holland, France and Germany.