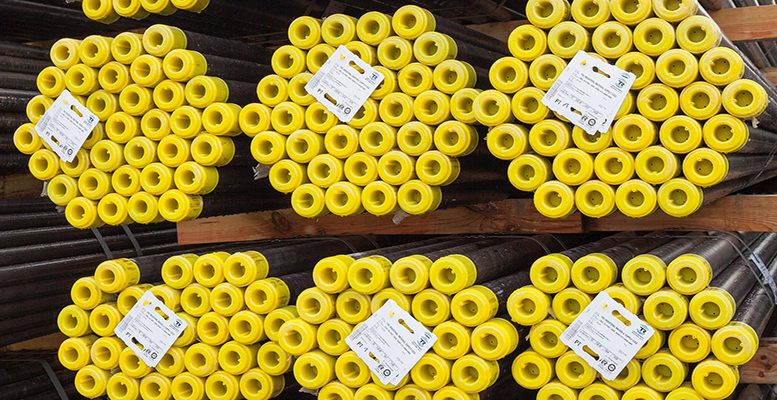 The share price of Spanish Tubos Reunidos, manufacturer of tubular steel, has accumulated declines of 40% since the auditor’s report from PWC, published on March 13, said the following: “significant deviations in the key measures and hypothesis of the plan (…) point to a basic uncertainty which may create important doubts about the Group’s capacity for continuing to operate.”

The company’s situation is very complicated as its share price reflects. It has accumulated operating losses since 2015. It seemed that in 2017 it was improving, thanks to a more favourable market environment (recovery in oil prices), but its accounts suffered again in the second half of the year due to the rise in the cost of scrap metal and the dollar’s depreciation, factors which have undoubtedly extended into 2018. In fact, since it announced in 2017 that it had losses of 32,4 million that year, shareholders have fled in their droves from Tubos Reunidos.

Trump’s potential protectionist measures must be added to this point. The US was the driver of TR’s recovery and protectionism is a massive blow for the firm. It should be borne in mind that sales to the US accounted for 44% of the total in 2017 (60% in Q4). On the other hand, the company refinanced debt last May (208 million euros over 5 years), with assumptions, analysts at Bankinter understand, seem difficult to materialise in the current environment.

What was before a problem of liquidity could end up being a problem of solvency. NFD is 213 million euros compared with net assets of 144 million and capitalisation of 58 million.

Last year’s audit included a highlighted paragraph which pointed out that the company had a negative working capital (it was being financed with suppliers), but that it was taking measures to turn the situation around. That said, PWC’s message is much tougher.

For the house analysts, this very complicated situation would improve if a buyer emerged “although it seems difficult to find a candidate with financial muscle and a high potential level of synergies.”

This warning from the auditor has only served to accentuate the massive flight of investors over the last few days, despite Tubos Reunidos’ attempts to calm the market. The firm has insisted on the improvement seen in EBITDA to 11.8 million euros versus a loss of 15,5 million euros a year earlier. Also the implementation and development of the restructuring measures included in the Plan Transforma 360. A plan which is aimed at getting the company back on track and exiting the crisis.