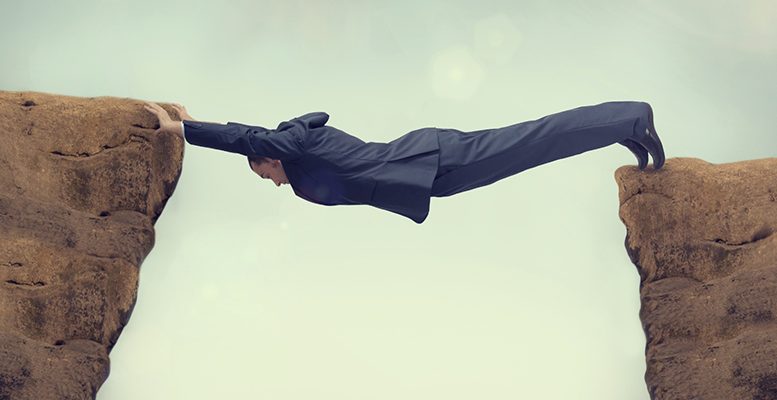 Ofelia Marín-Lozano | The better performance of the US stock market compared to its Eurozone counterpart in recent years is explained, principally, by the different returns offered to investors by the banking sector.

The investor in a portfolio of shares who replicated the US banking index who invested 100 dollars in January 2008, who maintained his investment in that index, and who had reinvested the dividends paid in the same index, in January 2019 would have shared worth approximately 170 dollars.

On the other hand, and investor who had replicated the portfolio of shares that make up the Eurostoxx Bank index in January 2008 (reinvesting the dividends aid in the same index), would see how his initial investment of 100 euros had become, 11 years later, a portfolio worth about 40 euros.

To better analyse this different stock market evolution we should separate it into three periods.

The first period covers 2008 – 2010. From September 2008 (with the bankruptcy of Lehman) the greatest financial storm of recent decades erupted, hitting bottom in the following six months, in March 2009. The falls in US and European banks were similar, with losses of about 65% compared to trading in January 2008. A recovery began in Spring 2009, parallel in both markets, limiting losses to 40%.

The global financial crisis affected European and US banks equally, with corrections of the same magnitude, which performed similarly in the two years following the Lehman´s bankruptcy.

But starting in 2011 the stock market evolution of the banking sector started showing clear differences on both sides of the Atlantic. In the following graph we can see how, from summer 2011, US banks began to recover their stock market losses while the European banks continued to fall until hitting new lows in summer 2012.

The unequal performance of the two markets has an explanation: the euro crisis, the doubts over the viability of the single currency, or the risk that some members of the Eurozone – with public accounts deficits close to 10% in Spain, victory of Syriza in Greece, the need to install a technocratic government led by Monti imposed by Brussels in Italy – would be forced into a return to the peseta, drachma or lira.

At the end of July 2012 the deterioration hit bottom, because of Draghi´s “whatever it takes”, which returned a certain confidence to the markets about the irreversibility of the single currency.

In the three years following that declaration, from the summer of 2012 to the summer of 2015, the stock market deterioration was halted, with a very moderate recovery in the share prices of European banks, which stabilised at levels at about 50% of the fall compared to the levels at the beginning of 2008, prior to the global financial crisis.
On the other hand US banks between 2011 and 2015 experienced a clear upwards trend, doubling their value in this period. By the middle of 2014 they had recovered all they had lost since January 2008, despite operating in a very low interest rate environment as a consequence of Federal Reserve policies, with official interest rates close to zero and the purchase of assets in the secondary bond market.

In 2016 and 2018, we see how the stock market recovery of US banks continues, helped by positive interest rates. The banking index (with dividends reinvested) has been revalued by almost 70% in the last three years.

In the Eurozone, however, things are different. The perception of political risk continues to have significant impact. The Brexit referendum, or the result of the Italian elections lie at the origin of the main stock market corrections in the sector. And, structurally, the ECB´s negative interest rates (whose policy, mimicking that pursued by the Federal Reserve, but with three and a half yeasr delay) continue weighing on the results of the banking sector.

The doubts about the euro and the three and a half years delay in interest policy mark the uneven stock market evolution between the US and Eurozone banking sectors. Once the main political uncertainties had been dispelled (national budgets in the Eurozone, ending the Brexit period), the excessive perception of risk in the banking sector should reduce. And when interest rates normalise, recovering a positive sign, the banks´ results will improve.

The European banks are trading at excessively low levels (PER of between 6 and 8 times) on excessively low profits (those obtained in an excessively adverse environment, with negative interest rates). The normalisation of the multiples (to levels between 10 and 12 times) will result from a reduction in the perception of risk. When speculation ends on the break up of the euro, the share prices of the banks, through the normalisation of multiples, could increase by 50% (passing from PER 6-8 to PER 10-12).

And when that multiple is applied with more normalised profits, between 25% and 50% higher than current levels ( the profits that will be secured with a Euribor that ought to stabilise at levels around 1% in two or three years), we will have normalised European banks stock market prices. Doubling their current prices in a period of two or three years would do no more than return them to the levels prior to the 2008 crisis. Something that US banks achieved three years ago.