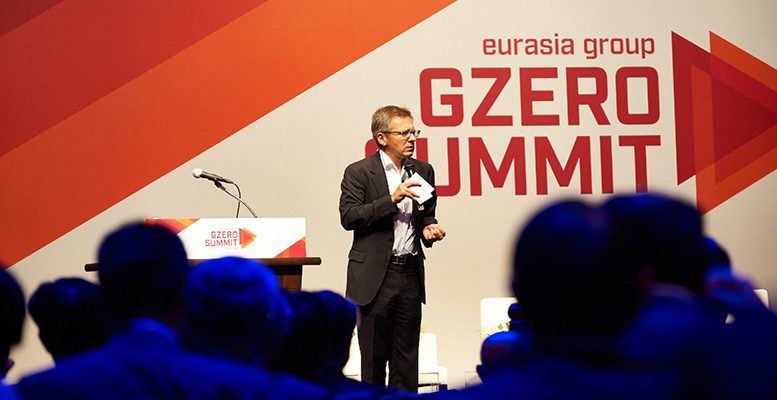 PABLO PARDO (Washington) | How can you define Ian Bremmer? Here’s an idea: “A child prodigy of the global ‘commentator class’ of the United States. This is how John Lloyd described him in the Financial Times in 2012, when he published a book with a premonitory title: ‘Every Nation for Itself’.

But Bremmer is much more than a commentator. He holds a PhD in politics from Stanford University, and, above all, is the founder and chairman of the Eurasia Group, a company he set up on his own in 1998. In 22 years, Eurasia has grown from one employee to more than 600, and has become the world’s largest political risk analysis company.

Meanwhile, without the possibility of travelling or going to work due to the coronavirus crisis, the figure of Bremmer commenting on the situation from his home in New York – and often criticizing the US, China and the EU in equal parts, although for different reasons – has made him one of the most ubiquitous faces on US television.

Question: What is the geopolitical impact of this crisis?

Answer: Huge. It is the biggest geopolitical change since World War II. We don’t know yet what will happen but, for the moment, it is clear that the fact that China has apparently been able to contain the pandemic better than the US or much of the EU will considerably strengthen that country’s political appeal and capacity for influence. The loser, for the moment, is the West. The economic damage was inevitable. But the political damage, for example in the US, due to the lack of preparation and the scant attention paid to experts, could have been much less.

Q.: At the end of each year, Eurasia Group makes a list of the main geopolitical risks for the following year. One of the criteria it takes into consideration when deciding what appears on the list is the impact of each risk on the market. What is going to be the real impact of this crisis on the markets?

A.: The pandemic is closing supply and demand, and, on top of that, it is not doing it simultaneously, but in a staggered way. It starts in China, and then, when China starts to recover, it starts to affect the rest of the world. It’s a massive, brutal shock to the system. It’s worth pointing out that the second US fiscal stimulus package was 2.2 trillion dollars [2 billion euros], that is, almost 10% of GDP, and when it was approved one thing was clear: it was not going to be enough. Now, let’s compare that with the previous crisis. In 2008 and 2009, the entire fiscal stimulus was 5% of GDP.

Q.: But the third package has already been approved and the fourth is being negotiated, although these are smaller.

A.: Exactly. Citizens are going to need more aid checks, because the economy is going to recover gradually. Basic services like the Post Office in the US are on the verge of insolvency, and that’s not just the case in the US. Europe, Japan, and the rest of the world are being equally affected. That’s not counting emerging markets, which are already making massive use of the financial support provided by the International Monetary Fund and ant they will need more help.

Q.: All this would require a coordinated response.

A.: That is clear. Just as it is clear that there is not going to be one. But at least there is some positive news: rich countries are responding quickly with appropriate fiscal and monetary policies. Coordination could be much greater, and if it doesn’t improve, it is possible that this could become a serious problem later on, if tension between the US and China continues to rise, or if the European Union is unable to find a common policy. In fact, it is not clear that the rich world will continue to react as well as it is doing.

A.: Of course. Emerging countries don’t have the fiscal or monetary capacity to launch stimulus programs. Multilateral institutions are helping them and are forgiving their debts. But that is not going to be enough.

A.: We don’t know. But what we do know is that there is potential for major crises in emerging markets in the next three months, four months, like the ones we have seen in Argentina. Those countries simply don’t have capital available. The crisis in the developing world is going to last much longer than in the industrialized world.

Q.: The coronavirus has arrived in the developed world at a mediocre time, at a time of a long expansion but with low growth and little – or no – rise in average real income. It is what you and New York University economist Nouriel Rubini have called “the new abnormality.

A.: Yes, the recovery has not been intense, but there has still been recovery since the last crisis. The U.S. didn’t come into this crisis with bad fundamentals, nor did Japan. Germany has faced the crisis with a falling debt compared to what happened in 2008. Among emerging markets, the most notable thing is that China is in good shape, although perhaps that economy should be considered more as a middle-income country than as an emerging market. That, at least, gives us some leeway, although the dimensions of the problem are overwhelming.

Q.: Let’s go back to the first question. Or, better, to your first answer. There are those who believe, like the Harvard philosopher Steven Pinker, that the coronavirus will put an end to the idea that knowledge is not important and that experts “are always wrong,” as Donald Trump said at the U.N. General Assembly in 2018.

A.: It is clear that we live in a complex world where there are problems such as climate change that require the participation of specialists. And it is clear that in recent years specialists have been rejected. This is also understandable: the fiasco in Iraq, or the financial crisis in 2008 and the euro crisis in the EU occurred after many – but not all – experts had defended the policies that led to those disasters. Now the coronavirus is a kind of vindication of the idea of knowledge.