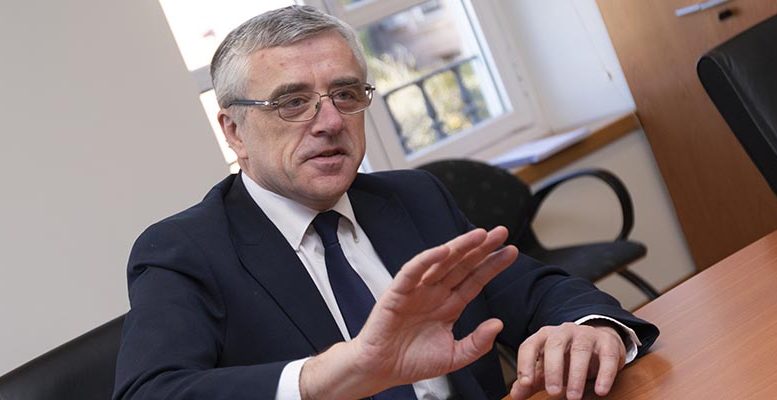 Fernando Rodríguez (Emisores) | Irishman Martin Moloney is the new Secretary General of IOSCO (International Organisation of Securities Commissions), which brings together 130 supervisory bodies of the world’s most important stock exchanges. The organisation has accelerated its work so that next year investors will have a global platform or baseline with which to operate safely in the variegated and confusing world of ESG products and standards.

Q: IOSCO supports a new international ESG climate disclosure standard – in what way will it be compatible with existing ones? I cannot imagine how you can establish a standard in which all standards can be included?

A: This is not the way we want to go. What we want to do is create a climate disclosure standard which is a baseline so we can have a set a of metrics commonly applied across the world. Then different jurisdictions can actually add additional metrics on additional perspectives on top of that. If you look back to the period between 2010 and 2020, when different standards were produced by many parties, many of those standards will become redundant to a certain extent. And they will be replaced by the system where you will have a global baseline with additional features in different jurisdictions depending on how far they want to go and how fast they want to go. So it is not so much about the coherence that was there already, but about the coherence across the globe in speaking a common language when it comes to ESG issues.

Q: So it is somehow going to be a guideline of standard…

A: In this respect, we have a very good model in the IRFS accounting standard and we can adapt a similar focus on climate disclosure. What we are going to do is establish a set of standards which will form a core for jurisdictions to then adopt as a basis for their own rules. I think it is hard for people to see exactly how that will work until next year when the IFRS produces its real standard for consultation, a direct standard. They have tried to produce some information already to give people a sense of how it will look. However, I think there is still a lot of work to do before people can really see exactly how it is going to work.

Q: What about a prototype standard? How long will the first standard take or at least the first draft?

A: We are determined to get this done  in 2022, which will be very fast but we will get it done and with the confidence that the IFRS is very focused on it. The new chair will announce that the ISB’s top priority is to get it done in 2022 and ask us to press them to do that. We have pressed ahead because we have a sense of emergency about this. We cannot continue for long with a situation in which there is not a global standard available.

Q: Regarding cryptocurrencies… Do you have any projects in the pipeline?

A: What we are doing is trying to get regulators in different parts of the world to work together, to deal with cross-border provision of cryptocurrency-based services. So we implemented a system whereby regulators ask each other questions about particular issues. Then providers who are worried get answers on this. It is a top priority task because, without a doubt, it is a fast moving space.

Q: Can I have some ideas from you about Spain and their capital markets?

A: Well, I think I will go slowly with regard to drawing any conclusion about Spain. One of the things I have learned from my work in IOSCO has been how different the capital markets are in different parts of the world. I have met people who worked in a job in a particular capital market, sometimes for decades, and even so are humble about their understanding of how these capital markets work. One of these things is that the securities market regulator must never lose respect for the complexity of the market with which they are dealing. Nor for the risks of unintended consequences on the regulations that their actions might have. What I see in Spain is a very mature, well developed set of capital markets with a strong relationship between the regulators and the markets. And, in fact, with a strong engagement between the media and the industry.