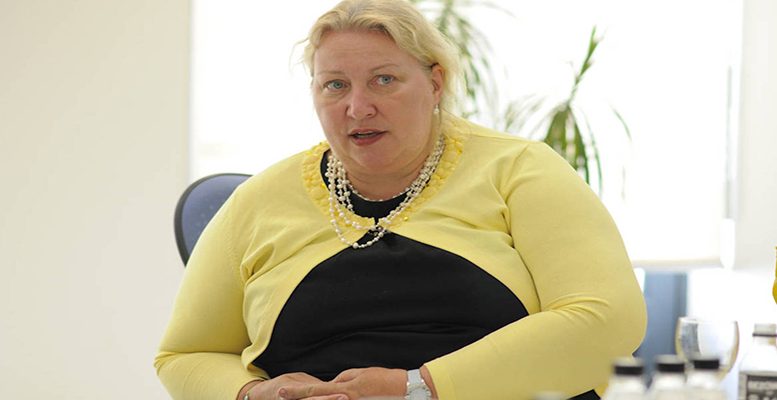 Ana Fuentes | After various decades in the private and public sector, Josina Kamerling, responsible for regulation at the CFA Institute, knows in detail the ins and outs of the financial market and its rules. She can therefore indicate its pros and cons. And do so in fluent English, Dutch, French or Italian … And also in perfect Spanish learnt as a girl in Burgos, where she moved when she was two: “My father opened the Heineken factory there” she recalls with a smile.

Question: One of the most known Spanish experts in company valuation methods, Pablo Fernandez, wondered ironically if accounting was a literary category. Today a listed company can be legally making a profit or loss according to which criteria are being applied, but always following international norms. How can you explain to an investor that this is legal? Does this also happen in companies which you analyse?

Answer: I think there are two philosophies when you look at risk. I´m going to give you an analogy with Basel. When I was working in banking I remember that we were in Basel I and the way of calculating the capital that banks had to have differed from bank to bank, which also created opportunities in the market. I do not know if this is paradoxical or not, but a market also needs different visions. What this gentleman (Pablo Fernandez) says about accounting being a literary category seems very interesting to me. Because it always depends on how you look at it. In continental Europe we have a tendency to harmonise and set up a common framework. In the Anglo-Saxon world there is a tendency to offer differences and business opportunities to different risk perceptions. It can be seen in everything to do with financial information. But this is my personal view, not that of the CFA.

So how can we ask supervisors and auditors to pronounce on something so subjective?

In continental Europe there is the tendency to harmonise and it is growing. I think we are moving towards a future world of financial legislation which is going to be applied directly in each country, without the need for adaptation.

After a crisis like that we have lived through, we see that there are no safe assets. Are we articulating everything on the basis of an impossible convention? Do we need safe assets as an anchor point?

I remember when I was working in arbitrage and we made the conversion to the Europe. I was trading and selling derivatives and currencies. I was following Italian bonds and the day when we changed to the euro the risk premium with German bonds went to zero. I told myself this was impossible. The country had changed to the euro, but nothing else had changed. I believe that all this time we have been in the eurozone has not helped us in the sovereign debt crises we have had. Now we are in this debate about safe assets at the European level and I think this has merit because if we want a eurozone which has greater weight and a perception of normal risk we need this safe asset.

It´s going to be complicated…

Yes, it´s going to be very complicated. But take into account that we are in a geopolitical epoch with a lot of pressure on Europe and which has significant impact on financial markets. Although there is more pressure on the US, not because of the President but because in general they are following a divergent path. And this is also happening in the financial world. In sustainable investment, for example, we see how the US is taking a different path to Europe. And with Brexit as well we will have to protect our market and our euro and at the same time be open to business.

Could there be a capital union or are we moving away from it, now that it is ever more obvious that we have a Europe of multiple velocities?

You have to look at in the context of the change in banking model. We used to have a universal model and we have seen with Deutsche Bank that the ambition to have a universal bank is very complicated, above all when you have an investment bank in an environment of very low interest rates, which we assume is going to continue. You have to look at the banking system differently. On the one hand, and I´m talking personally, the banks by necessity are going to have to be smaller and specialised, and on the other there will be payment platforms open to non-banks. The problem for supervisors is that they have to regulate the latter also as banks because they behave like them.

If the entire European is in London and regulated by London rules, what do we do with Brexit?

For now there is a dialogue between UK regulators, the FCA and the ESMA It is clear that they are going to do everything to keep the market active, liquid … In addition, we are seeing how a hard Brexit is a real possibility and that the national supervisors are preparing to contain the problem. No one knows exactly, not even me, what will happen with Brexit, because the context is changing from day to day. What we do know is that the market is getting ready, and that clearing is also being developed in Frankfurt. And for the moment most of the clearing in derivatives and currencies happens in London. But if there is a hard Brexit it is clear that there will be problems. Whatever happens neither side wants to lose. We will see for how long the regulators and supervisors can control the shares and not follow what politicians say. This is the problem: politics has significant influence in financial markets.