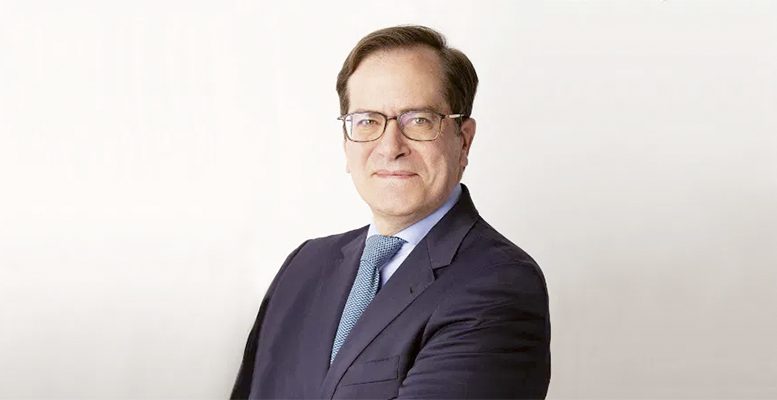 Rafael Piqueras, chairman of Emisores Españoles and a board member of Enagás

Fernando Rodriguez | “When the Long Term Investment Directive appeared, analysts at JPMorgan or Fidelity received you in London with a smile… The ‘engagement’ was something already insisted on by the company. Where I hope it will have more impetus – the transposition of the directive – is with Spanish investors or funds, which are very passive. When you want to mobilise their vote, it much more difficult than it is with foreign funds, which have taken it more on board ,” explains Rafael Piqueras, chairman of Emisores Españoles* and a board member of Enagás.

Q: Sometimes you get the impression that there is a lot of noise surrounding the external image of Spain’s economy, its companies and its markets. What is your opinion on the perception that foreign investors really have of our country?

A: The view is not as bad as we think. International investors focus more on the essential aspects. The world in general is uncertain and I do not believe that eventual political uncertainty is a wholly determinant factor. What they do perceive is, let’s say, a sectorial confidence, in the operation of the capital market or in the good governance and transparency of Spanish companies.

Q: What worries you today at Emisores Españoles?

A: We are now very focused on the law adapting the Long Term Investment Directive of end-July. And next year’s meetings, which I believe we will hold within the usual time frame. In any case, the hybrid board is here to stay.

Q: The transposition of directive 828/2017 into Spanish law regulates aspects such as the figure of the proxy and the right of companies to identify shareholders. Also the action of loyalty or the obligation for collective investment institutions to make public their strategy with regard to companies. And for the latter to design and publish their policies with regard to proxies. What do you think about all these aspects?

A: There are things that have always interested us, such as the identification of shareholders. This will be laborious and long, but it allows you to reach the Chicago fireman, who is the one who has put the money in the fund. The proxy thing is very difficult due to problems of territoriality, but it is a good advance towards introducing certain transparency requirements. The involvement of shareholders is also very good and can be an incentive. What I see as more tortuous is to put the rules of linked transactions into practice. And then there are the loyalty actions, which were not in the directive…

Q: What do you think of this last figure?

A: I think it’s going to have very little margin. And I will give you an example. In a company like Enagás, which has a lot of free float, a capital which is very divided up and a large presence of international investors, it will be very difficult for a modification of this type to be approved at a meeting. This is because investors are not in favour of any rule that alters the principle of one shareholder, one vote. They will block your initiative when you want to get the reinforced majority required by law to change the statutes. For a family business wanting to be listed, it can be useful to do so while maintaining control. Institutional investors rarely carry out their fiduciary duties of involvement and vigilance in Spain, as they do in other European countries. The transposition of the directive also approaches this matter and requires them to make public their policies on relations with companies.

Q: What path do you think the regulation will take in terms of the involvement of investors in the life of companies?

A: You could already see that when the directive appeared and analysts from JPMorgan or Fidelity received you in London with a smile. The ‘engagement’ was something already insisted on by the company. Where I hope it has more impetus is with Spanish investors or funds, which are very passive. When you want to mobilise their vote it is much more difficult than with foreign funds, which have taken it more on board.

Q: What strikes you most about shareholder ‘engagement’ practices in Spain?

A: It is remarkable how the culture of ‘engagement” has been installed in Spain and that of relations with investors and proxies, because we have been noticing this pressure. And they themselves recognise it when you go to the forums, how much Spain has changed in these aspects. And then you see the integration and extension of all these issues in the ‘road-shows’-sustainability, corporate governance…- and the presence of the portfolio managers, who participate in the meetings and are interested in these issues.

Q: And what about private investors?

A: All companies are taking an interest. At Enagás we hold a meeting every year for private investors and other companies do something similar. For example Repsol and Iberdrola, which do very interesting things. We are aware that we need this shareholder base

Q: Changing the subject, why are there so few debt issues by Ibex-35 companies? And what do you think about the increasing number of fixed-income issues by Spanish companies that are not rated by the rating agencies?

A: Starting with the first question, yes there has been a call on the market, precisely to strengthen cash positions due to Covid19. The virus has changed this, more for the argument of increasing liquidity than for that of financial restructuring. And issuing without a rating is a question of confidence and price. It depends on each company, but the rating does not have to be an essential aspect.

*Emisores Españoles currently has 56 members, which represent more than 70% of the Spanish stock market and 75% of the IBEX35 index.