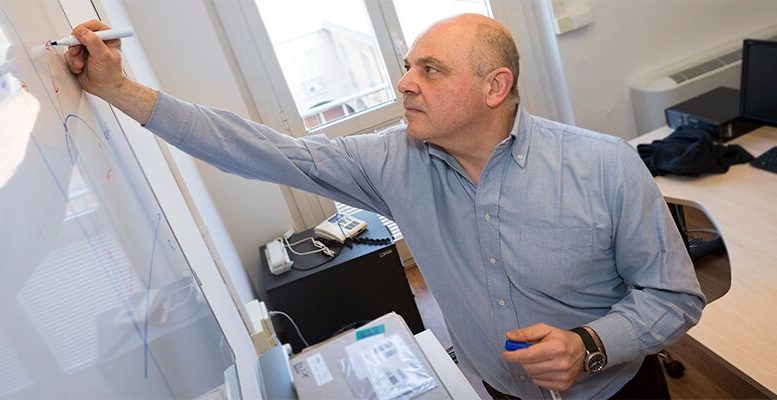 “Before the legislation was changed, there was an obligation to reveal that some bonds entailed risks. This warning was removed and the authorities no longer obliged this warning to be on the first page”, explains Paolo Manassse Professor of macroeconomics and international politics at the University of Bologna. He has also been an adviser to the OECD, the World Bank, the International Development Bank and the IMF.

Q: Danièle Nouy, the chair of the ECB’s Supervisory Board, has embarrassed the Italian government: she says that in the last three years, it has done very little to reduce the banking sector’s defaults. Do you agree with this criticism?

A: Well, I fear she is right. If you compare what Italy has done with other countries like Spain or Portugal…it’s true that we have not done much. The Monte dei Paschi di Siena (MPS)’ situation was known about for many years. But for electoral reasons Renzi’s government didn’t take any significant action until everything exploded. There has been a lot of interest on social networks in the interviews with Renzi when he was prime minister and said that buying MPS shares was a good move. I think that in other countries the governments took responsability and nationalised those banks with problems. It’s true that regulation has made situations much more difficult, that it’s more complicated to recapitalise. But it’s also true that it could have been done before. One of the problems is the amount of doubtful loans the banks have on their balance sheets, amounting to 360.000 million euros, a quarter of Italy’s GDP. And the composition of their loans is also very worrying. Approximately one third of all the junior bonds of MPS and other small banks are in the hands of small investors. They would all see their savings go up in smoke.

Q: In the end, there will be a ‘bail-out’ for MPS, which will avoid small investors having to face this drama. But the impression is that the problem is still there…

A: The government said there were 20.000 million euros earmarked for recapitalisation to solve the problem. But the intervention has been carried out in somewhat of a problematical and confusing way. Basically, the government proposed taking all the bad quality loans off the balance sheets, turning them into ABS to try to sell them separately, put them in a holding company and use them as collateral. It’s a standard method, but the question is: is 20 billion euros of collateral enough? The market is prepared to pay 20 cents for each euro of these NPLs, a very low price, a fifth of their nominal value. So the government would basically have to make up the difference. And that means more than 20.000 million euros. The details are still being discussed, but general concern is that the government has been too optimistic over the price of these NPLs.

Q: Some critics insist that the ECB was less severe with the German banks…

A: It’s true the banks’ rescue in Germany was done differently, but it was also before the new regulation. The same happened in Spain. They didn’t want money from the Stability Mechanism and the Troika conditions at the same time. In Ireland the recapitalisation had a huge impact on the deficit and on public debt. So the idea with the new regulation was to avoid hitting a country’s taxpayers and its fiscal budget. The circle had to be broken.

Q: So you believe the new pro ‘bail-in’ legislation is the right answer?

A: It was a good idea and would work well. And possibly it will be done in countries where the banking system has good supervision. The real problem with Italy is not the new legislation but supervision. Before the legislation was changed, there was an obligation to reveal that some bonds entailed risks. This warning was removed and the authorities no longer obliged this warning to be on the first page. Everybody knew that if you were a businessman and you asked MPS for a loan, in exchange the bank would use part of the money to invest in a risky asset. That was why so many small investors and entrepreneurs ended up buying junk bonds. In 2011 and 2012, Italy’s risk premium was around 500 basis points. We lived amid massive uncertainty and people talked about the balkanisation of the banking system. Other European lenders were not prepared to buy bonds from the Italian bank and it cost it to finance them. The ECB helped, but this didn’t happen overnight. The Italian banks began to place those bonds which could not be sold in the market with their depositors. To solve a liquidity problem, they received deliberate help from the Italian supervisors, who lowered their requirements. If you impose European regulation on this system it creates a problem. Instead of penalising the investors who took the risk or the hedge funds, you destroy the small investors. The problem is implementing what is a reasonable directive in a system which doesn’t function because of poor supervision.

Q: But do you think more bank rescues will be needed?

A: There is a 20.000 million euros fund and the question is whether the banks are going to be able to reduce their bad loans. If the market price of these NPLs is much lower than their nominal value, the government will have to make up the difference. We are talking about some 300.000 million euros of bad loans, so it’s a lot of money for the government to stump up. The reality is that no-one knows what will happen. I myself have still not seen any official forecast.