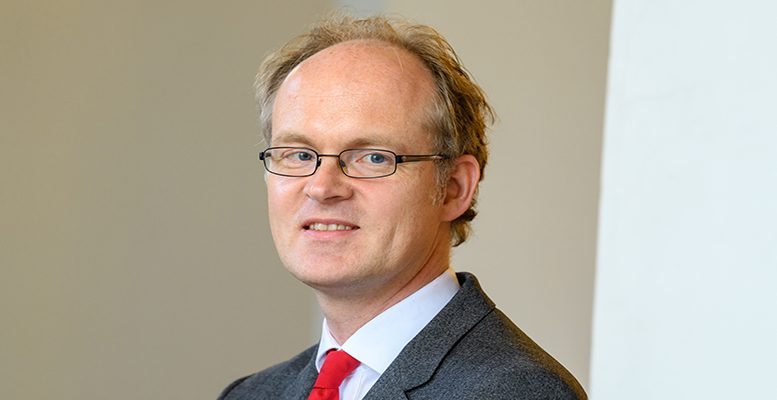 Lidia Conde | Sebastian Dullien is Director of the IMK Düsseldorf.

Q: Germans have spent 200 billion euros less since the beginning of the epidemic. Will all this money flow into consumption?

A: Not all of it, but a considerable part will be spent. Studies conducted by our institute show that Germans are not only planning to buy new consumer durables such as cars, furniture or houses, but also to spend more money than before on clothes, food or travel. In other words, the savings from the virus will be spent and will provide a strong boost to consumption.

Q: What does the economy expect from the new government and what conditions and investments are necessary for the economy after this epidemic?

A: It is crucial that governments do not forget what we have learned over the past two years. Germany and Europe will have to be strengthened to withstand external shocks. That means, for example, bringing strategic production back to Europe, especially the capacity to manufacture strategically important goods. We have to come up with a good and brave starting concept to mobilise an active European industrial policy. And of course to bring Europe’s infrastructure, including digital networks and networks of CO2-free and non-greenhouse gas emitting energy sources, up to the levels required for the 21st century.

Q: The big economic issue today is inflation, which is suffocating the poorest people while German banks are asking the ECB to react… Do you think we should fear inflation or will the ECB find the best way?

A: So far inflation has been the result of special effects, such as the sharp rise in energy and commodity prices and problems in global supply chains. In Germany, there is also the added effect of the VAT hike in 2021, after its temporary lowering in 2020 due to the pandemic. We are seeing a slowdown in the rise in energy prices, so we are assuming a reduction in inflation this year. On the other hand, as long as there is no strong increase in wages, there is not much risk of inflation spiking in the long term. And we do not see wages rising much at the moment either. I think the ECB is doing the right thing: before raising interest rates it wants to know how prices will develop in the medium term

Q: What other risks do you see for the German and European economies?

A: The biggest risk at present is that a serious conflict, such as an invasion or a new attack could break out between Russia and Ukraine. On the one hand, a war would lead to severe uncertainty in the financial markets and a slowdown in investment. On the other hand, in the event of an armed conflict there would be gas supply problems. (Green Minister Baerbock has warned Russia that the Nord Stream 2 pipeline, which will transport Russian gas to Germany under the Baltic and bypass Ukraine, will only be put into operation if Ukraine’s borders are respected.)

Q: What do you think about the new rules of the game imposed by China? To what extent will these new rules put an end to good employment or social policy?

A: The best place to produce certain goods is not always the cheapest. Other factors have to be taken into account. For example, where key technologies are produced and developed, wealth is created, wages and taxes are paid, and technological progress is made. If we accept that production in important sectors should move out of Europe, we will have to accept the loss of well-being in the EU. I am convinced that politics would have to intervene whenever the market shifts wealth creation out of Europe in an unconscionable way.

Q: What Europe will come out of this crisis? Is the thought of a more equal and more prosperous Europe for all just an illusion, a pipe dream?

A: Europe has demonstrated in the health crisis that it is capable of action. It tied up in record time the NextGenEU programme, which involves taking on credit in common; something unthinkable only two years ago. The European Central Bank also reacted immediately and made a decisive contribution to maintaining stability in this crisis. These are all resources we can count on in the aftermath of the crisis. I believe they can be the foundations for a less unequal, stronger, more prosperous Europe with less unemployment.