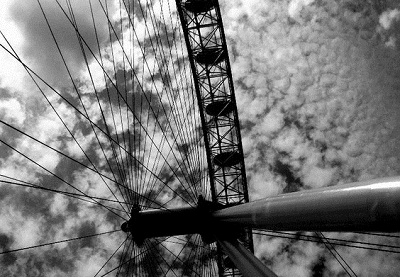 LONDON | You needn't be a bureaucrat in the payroll of any of the myriad of euro institutions to launch a campaign that points at the various strengths the common currency area still possesses. Day after day, whether it's new developments in politics or foreign direct investment balances, some piece of data brings up the surprising resilience that wows non-euro observers.

Amid the sorry situation of the euro estate, JP Morgan's equity team just did so, they braved the ominous shadows thrown at the region by the markets and decided to laboriously collect the odd facts for their latest investors' note.

Truth be told, this has become something of a recurrent exercise in many international investing houses. Yet, even if perhaps the following charts say more about the fright a euro breakup triggers than about the euro's possibilities of success, they are worth a look. Take them as counterweights of the negative news bubble about the euro (yes, mostly deserved, but a bubble after all).

At JP Morgan, analysts are fully aware that the mood among their clients isn't propitious for half full-glass views [our emphasis].

“Some investors will inevitably see any further deterioration in the crisis as proof that the failure of the euro is inevitable.

“However, as the crisis deepens euro zone countries are actually moving to integrate rather than split apart. The fiscal compact is one example, but governments are talking more openly about greater fiscal coordination, including some form of banking union that would incorporate a deposit guarantee scheme, and even joint debt issuance (the introduction of so-called Eurobonds).”

That's chatter, for most. But in JP Morgan's opinion, it should also be noted that Europe’s focus on austerity to tackle the crisis is delivering results. Most noticeably, public spending cuts and tax rises are helping

to cut budget deficits. In aggregate, the eurozone fiscal deficit is now much smaller than in the US or the UK. Also overlooked would be the supply-side reforms introduced by peripheral governments as part of their austerity programmes. Labour laws are being relaxed, the pension age is being raised and public sectors are shrinking in Spain, Italy, Portugal and Ireland. This is

“helping the periphery regain competitiveness against the core euro zone economies and are therefore contributing to the rebalancing of the overall eurozone economy, something that is seen as vital for the long-term viability of the single currency.”

Evidence of this rebalancing? A narrowing trade gap between the periphery and the core, as illustrated by Germany’s falling trade surplus with the rest of the euro zone. Of course, the change is partly due to falling demand from the periphery, but it does also suggest something has been done correctly. And what about the ailing banking sector? The JP Morgan paper highlights that governments need to deal with the growing worries over the strength of Europe’s banks.

“Many lenders appear to lack the reserves to defend against heavy loan losses and high exposure to peripheral sovereign debt. Capital flight is now a concern as investors look to protect their deposits. Recapitalisation is seen as a way to help stem the crisis, but peripheral governments lack the funds to bail out their struggling lenders.”

Nevertheless, interbank spreads and other measures of stress in the banking sector remain lower than in late 2011 and well below levels reached in 2008. And the search for green shoots continues. We'll keep you updated.