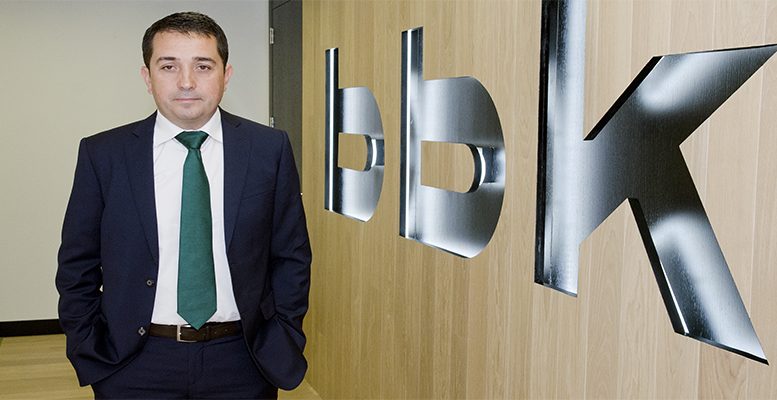 That said, it’s very likely it was precisely the fact they came from Euskadi and were based there which saved the former Basque cajas (savings banks) from the worst vices which destroyed hundreds of lenders throughout Spain, according to Xabier Sagredo, executive chairman of BBK and Iberdrola board member. Sagredo was formerly president and deputy president of the board of the Caja de Ahorros Bilbao Bizkaia Kutxa, Aurrezki Kutxa eta Bahitetxea (BBK) and president of its Auditing Committee. The three Basque cajas, BBK, Kutxabank and Vital merged to form one bank, Kutxabank, in which the Foundation holds a 57% stake.

Q: It’s noticeable that the crisis did not affect the Basque cajas, or at least not as much as others. Was the bubble not so big there?

A: I am not going to talk about the other banks. But what I would say is that, for many years, BBK’s management has always taken into account the top quality of its governance. Its management is based on maximum levels of prudence…All of this is also explained by our culture. BBK, when it was a savings bank, did not have much of an appetite for risk. As a company we have always had very clearly defined the sectors in which we operate. So this doesn’t allow you to get involved in big adventures, in risky transactions. The effect of this culture is that in times of crisis, we held up better than cajas in other regions. But, logically, it’s no less true that in the bonanza years our profitability was lower than that of other entities.

Q: The NPLs ratios in BBK have been really low

A: Yes, they have been the lowest in Spain’s financial system. Our region has extensive industrial diversification, and it’s not so involved in the tourism or property sectors as other regions, which has allowed it to face the crisis with less risk. We’ve had our property bubble of course, but BBK has never focused on big property deals. In this sense, we have limited ourselves more to ‘retail’, the retail market, and in a very prudent way as well.

Q: Don’t you think the fact the savings banks have disappeared in many regions in Spain may have left these areas without a possible investor to support economic initiatives and local businessmen?

A: I see it as an opportunity. We are an example of the fact that this role of investor and supporter of local businesses can be recovered. We are prepared to carry out this role and become an economic agent, capable of creating new companies. We are going to support firms and businesses we believe in, based on an investment policy which is well regulated by the governing body of the company.

Q: If one day you listed on the stock market, could that change this investment philosophy?

A: I don’t think that needs to be the case. We merged the three Basque cajas, BBK, Kutxa and Vital, creating one bank Kutxabank in which the Foundation has 57%. If one day Kutxabank considers it would be a good thing to seek a market listing, I don’t think this needs to be a problem. But we are not thinking about this for the time being. We don’t see the need. Kutxabank is the most solvent institution in the Spanish banking system.

Q: Why did the Basque Country do better during the crisis than the rest of Spain? Was it because of its huge involvement in industry?

A: Well we can’t say the Basque Country didn’t suffer in the crisis. Ask those people who were, or are, out of work. The point is that because its business activity is so diversified across many economic sectors and it has a strong industrial base, the risk and the impact was less here than in other regions.

Q: What needs to be done to maintain this virtuous circle?

A: My personal opinion is that we have to conserve, maintain and develop everything we do well, which is a lot. Then, we need to realise our size is what it is and we shouldn’t aspire to be something we’re not. That would risky and counterproductive. And finally, we have no option but to be very competitive, which obliges us to be very much aware of what’s happening in the world. That’s not so difficult as it was. The world has changed so much that it doesn’t matter where you are. I can compete with a producer in Massachussetts from here. The opportunities are amazing.

Q: The Basque cajas have had, and still have, a strong industrial vocation. Up to a point that sometimes they seem like industrial banks.

A: That’s right, but now we are 100% a commercial bank, perhaps industry has lost some of its importance. What we can’t forget is the DNA of the former cajas, which not only did commercial banking business but also got involved in industry in their regions. Mostly because they were created to support local iniatives. BBK were pioneers in this. We were there at the start of companies like Iberduero – now Iberdrola, where I am a board member – Euskaltel, Petronor and a whole number of industrial companies in which we invested. BBK received this legacy and we want to boost the good aspects of the former cajas.