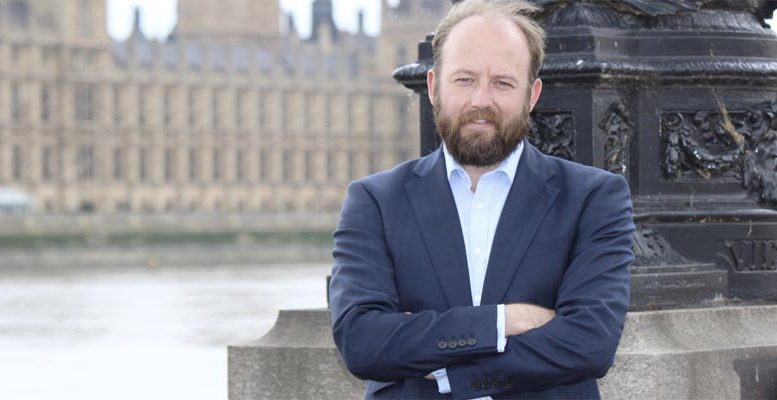 His book ‘Remaking One Nation’ was launched on the first day of the British lockdown, March 23rd. An ideal moment to talk about the many challenges facing the Conservatives, his own party. Nick Timothy, former advisor to Theresa May, is an atypical figure. In the book, he tackles the cultural gap between politicians and the majority of the population. Also the need to recreate a common identity in a socially and ethnically diverse country, which he considers devastated by “ultraliberalism.”

Q: How do you think Covid-19 will change the political situation in the country?

A: The coronavirus crisis will force the country’s two main parties, Labour and Conservative, to listen to the voice of their voters. Because up until now, this has not been the case. Politicians have offered them the possibility of choosing between liberalism and “liberality.” And this has been promoted by a conservative party that has not really acted in a very conservative way, culturally speaking I mean. It came closer to the “centre”. And that political centre wants to expose us to globalization and international market forces a little more, wants to reduce public spending, accept high levels of immigration and transnational citizenship rights, etc. However, there has been real scepticism about these liberal economic and cultural policies for a long time. Today, we need to move away from economic and cultural ultraliberalism.

Q; What do you mean by that?

A: Look, since the 2000s, parties and Brexit supporters have been campaigning to reduce or control immigration. This was in response to British fears about the effects of immigration. Even Labour’s Tony Blair did it. But despite his good election results and victories, this election argument never materialised. It was a mistake. We need to listen to what public opinion is saying and respond to it. Contrary to what some say, doing so on the issue of migration does not mean surrendering to the will of the extremists. On the contrary, it is the best way to defeat them. In fact, opinion polls show a surprising development: never in years have the British people been so calm on the issue of immigration. Why? Because since Brexit they know that the government will take real action in this area. For the first time. And their fears have at least partially disappeared. So the issue disappears from the political agenda.

Q: What consequence do you see in that?

A: Research shows that the more diverse a society becomes, whether in terms of ethnic minorities, values or life choices, the less solidarity people show. Why? Because people need to feel part of a community, which can take the form of the family, the local community or virtual networks. These units create a shared identity, a familiarity if you will, with people we may not know. This closeness leads us to be more supportive, to make sacrifices, to make commitments, to accept more public spending, progressive taxes, a welfare state… On the contrary, their disappearance leads to isolation and individualism. These communities are disappearing little by little. So this is the second path our country is taking, and many others with it.

Q: In response, you advise, and I quote, “to reflect on the meaning of cultural and racial identity and its links to citizenship.” What do you mean by this?

A: Citizenship, which is one of these communities, must mean something if it is to foster solidarity. To do this, I think we have to distinguish between those who are citizens of a country and those who are not. My vision is not unique: people voted partially for Brexit because they want British citizenship to mean something. This is the opposite of the liberal vision of citizenship, which is seen as a contract with few obligations for the signatories and transforms the country into a mere platform.