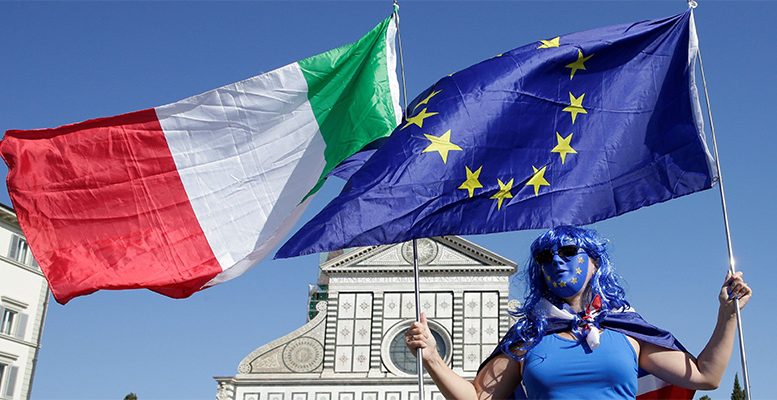 Two months after the general elections, Italy continues to be in a political deadlock

Two months after the general elections, Italy continues to be in a political deadlock. In fact, president Mattarella considers new elections in July a possibility if a “truce government” has no majority in Parliament. As negotiations continue, possibly preceded by a transition government, Italian authorities are tasked with passing the budget in the fall and approving a new electoral law that would deliver a clearer winner at the next election.

According to Nicola Mai, PIMCO portfolio manager and head of sovereign credit research in Europe, the delay in forming an Italian government “is not surprising.”

The 4 March vote was split across three largely incompatible political blocks: the centre-right, led by the populist Lega (formally Northern League) and Forza Italia; the anti-establishment Five Star Movement (M5S); and the centre-left, led by the Democratic Party.

What has been surprising is the market’s cool reaction to Italy’s political uncertainty, and more importantly the prospect, raised at several points over the past few weeks, that a government could be formed with the anti-establishment M5S at the helm.

The perception of a genuine shift in the M5S is perhaps the most interesting development. Party leader Luigi Di Maio (one of the more moderate voices) has solidified his leadership position, generally prevailing over the more radical views of party founder Beppe Grillo.

Di Maio has talked constructively about Europe of late (despite the desire to reform its fiscal framework), and has ruled out forming an alliance with Lega on an anti-euro basis. His openness to forming a coalition with the moderate Democratic Party also signals a move toward the establishment.

The formation of a government led by the party (before or after a new election) would at minimum raise uncertainty over the Italian political outlook and would likely have a negative impact on BTPs and other Italian assets. But there is also a good chance that, in government, M5S could continue its shift and become a more mainstream political party, particularly if the economic expansion continues.

Similarly, if Lega were to form a government, the negative impact would likely not be particularly severe, despite its eurosceptic rhetoric, as it would need the support of more moderate parties (most importantly Forza Italia) to lead.

On balance, PIMCO’s investment views on Italy are largely unchanged.

Near-term risks from macro and political developments look contained, but medium-term challenges stemming from high public debt and low growth potential in the context of a still shaky eurozone governance infrastructure remain. We remain broadly neutral on BTPs in our portfolios.