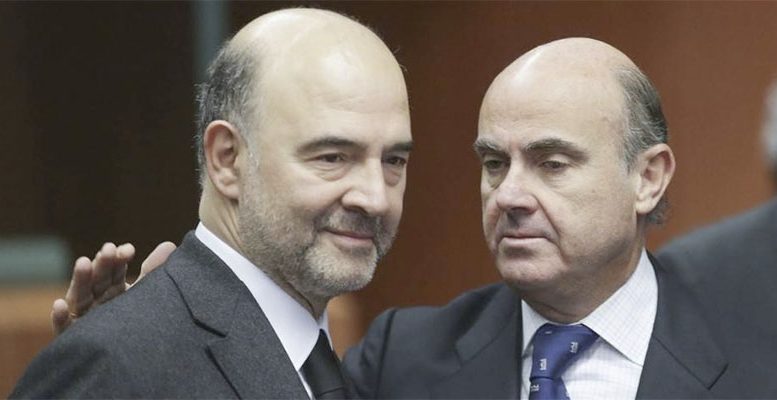 It’s been over 280 days since the general elections on December 20th and Spain is still without a government. This has its consequences. On October 15th the country’s caretaker government is due to present its 2017 Budget to Brussels and provide information on the adjustments and other measures which it plans to implement to correct the public deficit. But BS Markets says this draft can only be, at most, an extension of the 2016 Budget, a document without any changes.

Mariano Rajoy’s team has already taken this on board. During last month’s G20 meeting, caretaker Economy Minister, Luis de Guindos, met with European Commissioner for Economic and Financial Affairs, Pierre Moscovici and with German minister Wolfgang  Schäuble. He told them that Spain will not meet the deadline for presenting its 2017 Budget, due to the fact it has been impossible to form a government. But he committed to presenting an extension of this year’s Budget within the appointed time, as well to including some economic variables in the current accounts to maintain the trend of deficit reduction. That said, Guindos himself has warned that this situation leaves Spain wide open to being fined as much as 5 billion euros.

So how can the caretaker government implement the corrective measures imposed by Brussels to correct the deficit if the budget is frozen? Experts like Antonio Papell, political analyst and President of the Editorial Committee of Webfg says that “it’s not possible to comply with Brussels under these circumstances.” Political expert Eric Castillo is in agreement, noting that “this is a task which implies so much responsability that it can only be entrusted to a government with full powers.” In this sense, Castillo explains that Brussels can put pressure on Spain, but it doesn’t have the power to impose any sanction, given that legally speaking, a government which can be challenged “doesn’t exist” in Spain. He adds that “in the EU Council of Ministers’ meetings Spain has a voice, but it doesn’t have a vote, because its democratic mandate has not been ratified.”

Juan Torres, Applied Economics Professor at the University of Seville, suggests that “the government itself will force the issue to make sure the deficit doesn’t go through the roof, which is definitely what would happen if there is no more than an extension.” Perhaps by re-adjusting some items via Royal Decree Law, although with very little room to manoeuvre. Torres has it very clear: “It’s a very difficult situation.” As as result, the possibility of a fine from Brussels has re-emerged.

The same budget as the previous year

It seems inevitable that Spain’s budget will be extended. Eric Castillo clarifies what this situation implies. “What it means is that automatically, and indefinitely until a new budget is approved,  items are repeated from the last approved yearly budget.” Juan Torres explains that in theory, the budget is drawn up based on each year’s economic situation, with the aim of correcting and improving this. “If the budget is extended then, logically, it’s like driving a car as if the road is the same as it was some distance behind.” In other words, money earmarked for health, pensions, social services, unemployment, culture and other areas on the spending side will be the same as in the previous year, even though there are some peculiarities.

Article 134.4 of the Spanish Constitution lays down that the extended Budget “will include all the state public sector’s income and spending” from the previous year. But Torres specifies that income will effectively not be exactly the same “because the situation, in one way or another, will have changed. And spending will have a different impact.”

Nevertheless, it’s not complete deadlock. The constitutional doctrine enables the caretaker Government to approve a decree law to modify all the items in the budget which are considered urgent. The Government Act also includes this provision and establishes certain possibilities “for reasons of general interest” and always when there is a “an expressed accreditation to justify it.”