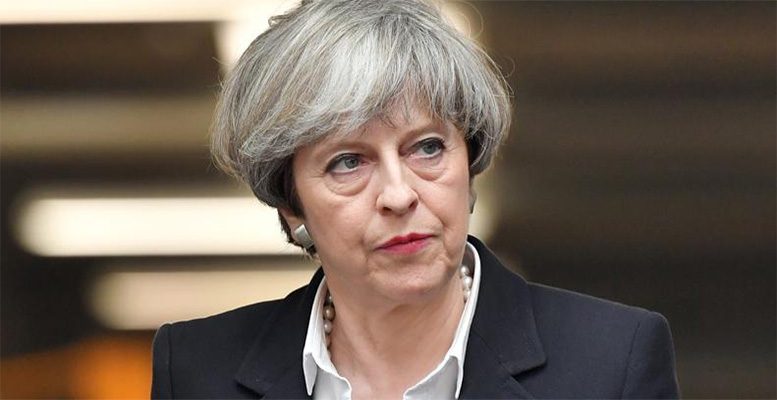 Jonathan Perraton via The Conversation |EU leaders have agreed a short extension to Brexit until October 31 at the latest, in order to give the British parliament time to agree a deal. This date avoids the UK still being a member when the next EU budget cycle starts – but what does it mean for the “divorce bill”, the money the UK will pay the EU after its departure?

The withdrawal agreement, which provides the legal framework for the UK’s exit from the European Union, includes arrangements to determine its financial settlement with the EU.

The essential principles of the financial settlement have been set out for months and the EU has made it clear that it regards the withdrawal agreement as settled. If and when the British parliament does agree a Brexit deal, this financial settlement is likely to apply – but it won’t change directly as a result of the extension from the original March 29 Brexit date to October 31.

The final figure is yet to be determined, both because of uncertainties over future developments – including of course the date when the UK actually leaves the EU – and also because the bill is to be settled in euros and therefore depends on the future exchange rate between the pound and the euro.

Under the financial settlement, the UK will continue to participate in the EU’s budgets over 2019 and 2020, which takes us up to the end of the current EU budget cycle. This can be seen as the UK simply honouring the commitments it made as an EU member state at the start of the current EU budget round, and continuing to receive agreed funds through payments from the Common Agricultural Policy, structural funds and other EU programmes.

A key principle is that the UK should not pay more than it would have done as an EU member, nor should it be expected to make any payments earlier than it would have been required to do as a member. The UK’s net payments include its long-negotiated budget rebate. The UK is the third-largest contributor to the EU budget in total. It is a net contributor to the EU budget payments, when the funds the UK receives back are taken into account, although it is only sixth in terms of net payments relative to its GDP.

The key uncertainties over the future payments arise from future contingencies and the final settlement of accounts with the EU. A key principle here is that of the UK not making payments any sooner than it would have done as a member. The annual EU budget makes future expenditure commitments under what are called reste à liquiderarrangements, outstanding commitments which have been made but not yet translated into payments.

Under the final settlement, the UK continues to be liable for spending commitments undertaken during the current EU budget round while it has still been a member – although it will also receive back its share of assets including capital in the European Investment Bank. The largest item in the outstanding liabilities is for EU staff pensions and other benefits. EU staff pension commitments are unfunded, meaning the EU has not set aside provision for these future payments, as it operates on a “pay as you go” system. This means there is uncertainty over the size of future EU pension liabilities and therefore the UK’s future commitments to paying them.

HM Treasury has estimated the total payments will be around £35-£39 billion. The independent Office of Budget Responsibility (OBR) has also produced similar estimates. Crucially, the most recent OBR estimatesfrom March 2019 indicate that most of the final settlement will be made up of the reste à liquider commitments. Settlement of the outstanding net liabilities – including future EU pension liabilities – would account for less than 10% of the total.

Payments from the UK to the EU will continue for many years into the future (up to the 2060s), although the OBR estimates that these would be small with around three-quarters of the payments completed by 2022. There is also uncertainty over the euro-sterling exchange rate and UK economic growth, which determines the relative size of the UK economy and its contribution to the EU budget until 2020 from “own resources”, the payments determined by a member’s gross national income.

In June 2018, parliament’s Public Accounts Committee questioned the Treasury’s estimates, indicating that payments could be as much as £10 billion higher. In particular, they note potential commitments under the European Development Fund of overseas expenditure on aid programmes.

The next multi-annual financial framework for the EU budget is scheduled for 2021-27. Should the withdrawal agreement eventually be agreed by parliament, a short extension of Brexit beyond October 31 would not lead to large changes in the financial settlement, but a longer extension into 2020 could potentially lead to greater commitments if the UK remains a member into the next budgetary period.