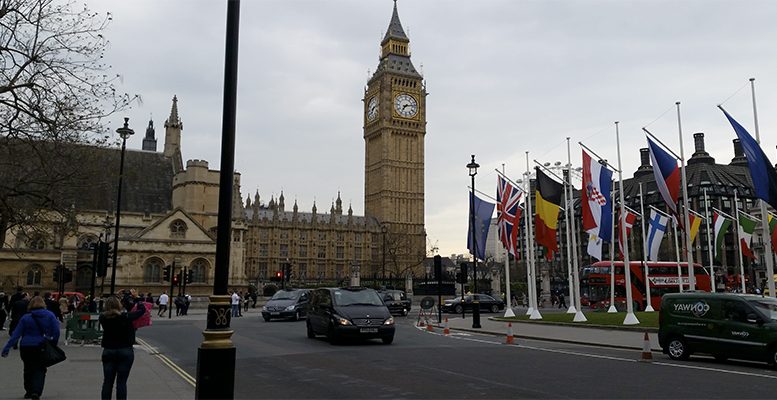 *This article was originally published by Fair Observer
Richard Coward | My country is in a dreadful mess. Everyone knows it, though some of our politicians are still trying to pretend that they don’t.

Unless something dramatic happens, as the clock strikes midnight in Brussels at the close of March 29, 2019, we will leave the European Union. We know we will leave because we gave two years’ notice under Article 50 of the Treaty of Lisbon and it expires at that precise moment. Without a comprehensive agreement fully ratified by the EU, our country will jump off a cliff, although pushed might perhaps be a more accurate metaphor.

Over five months have gone by since we served the Article 50 notice and not one single thing has yet been resolved in our negotiations with the EU. There is no reason to think that the next five months will see any more progress, or indeed the next 10 months. By summer next year, it will be brutally apparent to even the most ostrich-like Members of Parliament (MPs) that we face a harsh choice. We will be able to opt for continued membership of the single market and the customs union outside the EU on terms dictated by the EU or we will have to endure the full horrors of the economic cliff-edge.

Now some hard-line Brexiteers in the House of Commons relish the idea of the cliff edge. They see it as a kind of cleansing ground zero for British society. After the jump we can build a new world of freedom and independence unchecked by the evil empire of the EU. Like Berlin after 1945, we will rise like a phoenix from the ashes.

But most MPs in the recently-elected House of Commons don’t share this view. Faced with a bi-polar choice imposed on us by the EU between continuing single market membership and the cliff edge, they will not want to jump. Whichever party they belong to and whatever their tribal loyalties, they will simply wish to protect their constituents from the catastrophic economic outcome.

So how can we escape the trap into which we have managed to get ourselves? Alone, Theresa May can’t get us out of the trap. Whatever the prime minister’s private views on Brexit as an erstwhile supporter of staying in the EU she is now a captive of the hard-liners in her party. If she eventually performs another of her famous U-turns and opts for agreeing to the EU’s imposed terms for continuing single market membership, she will face a leadership challenge. In the ensuing contest, she will be replaced as prime minister by a hard-line Brexiteer because the majority of party members will vote for one in a run-off for the leadership of the Conservative Party. It’s back to square one. The Conservative Party will never be united on this issue.

Alone, the Labour Party can’t get us out of the trap either. Even if they eventually come out fully in favor of the single market option as they surely will, they don’t have enough MPs to command a majority in Parliament.

Somehow or other, pro-European Labour and Conservative MPs are eventually going to have to find a way to cooperate with each other in the national interest. Only by doing so can they defeat the hard-line Brexiteers. Moreover, since the EU will only negotiate with a government, they are going to have to take control of the executive branch in order to save Britain from catastrophe. Endlessly sniping from the legislature might be able to create paralysis by amending or blocking the domestic laws required to enact Brexit, but this strategy will not be sufficient to resolve the crisis.

The central difficulty in achieving this task is that Conservative MPs wishing to remain in the single market will never allow a left-wing Labour leader to enter Downing Street, and Labour MPs will never agree to support a Conservative politician as prime minister.

But confronted with the enormity of the imminent economic disaster facing Britain and their own constituents, they might just agree to cooperate in a temporary government of national unity if they could identify a compromise prime minister acceptable to them all.

Vince Cable, leader of the Liberal Democrats, could fulfil this role. His small centrist party in the House of Commons has just 12 MPs. Yet he is well-known by the general public and widely respected across the political spectrum. He also has a great deal of experience, ranging from chief economist at Shell to five years as business secretary in the last Conservative-led coalition government.

At 74, his advanced age would generally be viewed as a drawback in politics, but here it becomes an advantage, since he has no long-term political career in front of him. He is a political heavyweight leading a small party and without a future — perfect for the job in hand.

Now the idea of Cable leading a government of national unity as prime minister sounds rather dramatic at first. It seems to break all the rules. Yet we would only be replacing the present arrangement between the Conservatives and the Northern Irish Democratic Unionist Party with a different governing coalition between the parliamentary Labour Party, the Liberal Democrats and a pro-single market group of Conservatives.

These negotiations would no doubt be tricky, as they must cover all areas of government and not just Brexit. However to a government that lasted for a full parliamentary term of five years, the task would not appear impossible. There is nothing like political urgency and the high cost of failure to focus the minds of politicians.

You can continue reading this article in Fair Observer where it was originally published.