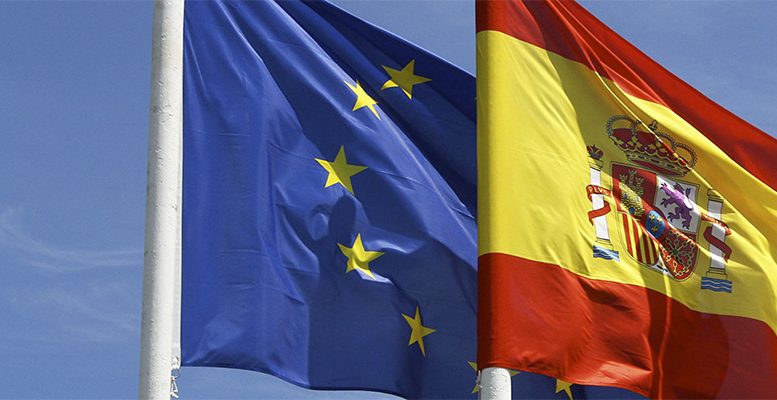 It’s not easy to find a dyed-in-the-wool Eurosceptic in Spain. There’s a simple explanation for that: since joining the European Union in 1986, the country has benefitted substantially and tangibly from bloc funding. The money is most visible in Spain’s first-class infrastructure – public sports and arts centres, motorways and roads, and the second-largest high-speed rail network in the world (after China’s).

A poll taken in 2015 by Metroscopia showed that nearly three-quarters of Spaniards believed EU membership was beneficial for their country.

So it was surprising when the leader of Podemos, Pablo Iglesias, on Wednesday launched an anti-EU broadside in Congress. Responding to prime minister Mariano Rajoy’s assertion that “Europe is a success story”, he delivered a very different viewpoint.

“Nobody talks about social rights any more,” Iglesias said. “What’s talked about [in the EU] is defence and security and migration. I don’t know if that makes it the best success.”

He continued: “In the EU, our country, Spain, has different interests to those of Germany. That exemplifies the EU’s failure.”

Such talk would seem to break the pro-EU consensus which has existed in mainstream Spanish politics for over three decades. But it seemed to be a very deliberate strategic move by Iglesias. His coming out as a Eurosceptic follows his resounding victory in the Podemos national assembly in February, during which the party voted to follow his lead towards a more radical, protest-driven terrain.

Like most of Iglesias’s gambits, this was carefully calculated.

But it’s not entirely true to say that this is new. When Podemos first arrived as an anti-austerity, pro-regeneration force in 2014, the party floated the idea of debating the elimination of the euro currency. Such talk has been parked since, as Podemos has worked on wooing centre-left voters.

It’s instructive to look at the nature of Iglesias’s criticism of the EU. Unlike the far-right populists in the Netherlands or France his party welcomes immigrants and refugees. Unlike the Europhobic tabloid press in Britain, Podemos isn’t complaining about foreigners, unelected bureaucrats or silly rules that dictate how bananas should be shaped.

Note Iglesias’s mention of the clashing “interests” of Spain and Germany – a reference to purely economic issues and a throwback to the depths of the Eurozone crisis, the period when future Podemos voters were losing their jobs, their homes and their respect for the political status quo. At that time, increasing numbers of Spaniards were resenting the pressure being exerted by a Berlin-led EU to ensure the Rajoy government implemented strict austerity measures. That poll I mentioned above may have shown Spaniards’ confidence in the bloc, but it also reflected a 10-point slide in their support for it compared to a decade earlier.

With Brexit now a reality and anti-EU feeling running high in many countries, Iglesias has been emboldened to portray the union as a failed multi-state. With no Spanish far-right party on the landscape, Podemos feel free to try on the Eurosceptic mantle. And their job is made considerably easier by Rajoy, who is anything but a vigorous and inspiring defender of the European flame.

However, as long as the Spanish economic recovery continues, it’s hard to see Podemos’s anti-EU stance taking root. In 1910, the philosopher José Ortega y Gasset wrote: “Spain is the problem, Europe the solution.” That theory may be a little hard on the euro zone’s fourth-largest economy, but a century later, a majority of Spaniards seem to buy into it.