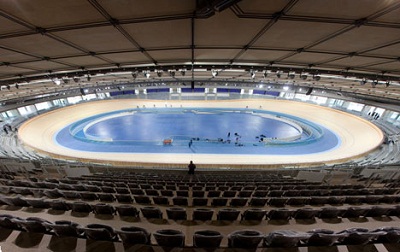 LONDON | How much the £16.5-billion pill administered by the London 2012 Olympics will help reinvigorate the British economy is shortly to become a matter of debate. The figure came Monday under the signature of Lloyds TSB, which released a research study that forecast increasing activity until 2017 across key sectors like construction and tourism. Just weeks before the celebrations, the City seems drawn to spark the discussion. Indeed, investment fund Schroders shrugged off in today's investor note any long-lasting improvements, contradicting the high street bank. It's time to take sides.

Lloyds TSB analysts were intent to demonstrate that the sports events will be leading to jobs, expenditure and opportunities also for small and medium size companies. In their statistics, SMEs are set to contribute over 52 percent of the overall rise of GDP triggered by the Olympics.

Patrick Foley, chief economist at Lloyds Banking Group, said the footprint of the celebrations must be added to any country's financial portrait:

“London 2012 is the most important sporting event the UK has ever staged. However it is also impacting our economy in a way that cannot be ignored. We've witnessed a construction project on an unprecedented scale, the economic ripples of which are being felt not only in the host city, but across the UK.

“As this study demonstrates, London 2012 will help support employment, tourism, consumer spending and living standards, not only this year, but for many years to come. And it could not have come at a better time, given the tough conditions in the UK economy.”

But if most of the GDP effect linked to the Games (57 percent) stems from construction projects occurring before 2012, Lloyds TSB's enthusiasm is somehow self-defeating. The core of the Olympics' effect is already gone, as the building of the Olympic Park and the development of sites and venues across the island are completed or in their very last legs.

aquaponics in the backyard tour

urism during London 2012 could give higher hopes of more consistent profits, though. The report states that over the first five legacy years, Olympics tourism is expected to deliver 12 percent of the £16.5 billion GDP contribution.

The data would show that the Games will also support and create the equivalent of some 62,200 jobs in the UK. The general economic impact is irregularly spread across the UK as one might expect, with London alone delivering £6 billion of the overall contribution while the rest of the UK would be responsible for the remaining £10.5 billion.

Yet at Schroders, experts were having none of it. They said the British economy weakens as much as the world economy loses momentum, and did not even contemplated that the hosting of the Olympic Games could soften the downturn in the UK. Schroders anticipated the Bank of England will feel compelled to intervene:

“The Bank of England appears ready to restart expansionary monetary policies or Quantitative Easing in the UK after admitting that their forecast from May was too optimistic. We expect £50 billion to be announced in July, with another £25 billion in November.

“Meanwhile, the Chancellor was performing his own U-turns,” Schroders noted, “as he reverses a series of tax increases, and thinks of more ways to avoid admitting he has moved on from ‘plan A'. Credit easing is set to be expanded through the BoE, with the Bank also providing new emergency liquidity.”

For Schroders economists, the place where to find cause for optimism is the de-leveraging records of the banking sector. Are banks finally ready to lend again? In this sense, they believe the US is well ahead of anyone else, and the situation in the UK would be much closer to that of the euro zone than British entities are willing to admit. Those looking for a signal that green shoots are really growing shouldn't waste their time with the Olympics' competitions.