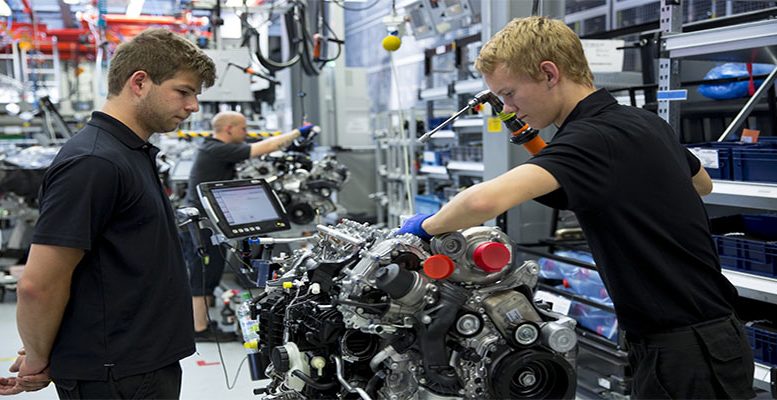 Both the IFO German business climate indices for October and the Bundesbank’s latest monthly bulletin point to a stagnation of the German economy in Q4 2021.

Germany’s business climate index, compiled by the IFO institute, declined in October to 97.7 points from 100.4 points in the previous month, and below the 98.0 points expected by analysts. After four consecutive months of decline, the index was at its lowest level in six months in its October reading.

Meanwhile, the sub-index measuring the perception of the current state of the German economy by companies fell to 100.1 points in October from 100.4 points in September. However, it beat the reading of 99.3 points expected by analysts. At the same time, the sub-index measuring the expectations of German companies fell in October to 95.4 points from 97.4 points the previous month, also below the 96.1 points expected by analysts. The October reading for this sub-index is the lowest since last February.

In its report, the IFO stresses that Germany’s economy is likely to face an uncomfortable autumn and that confidence fell again in manufacturing, services and trade. In addition, it adds that supply chain problems are causing difficulties for companies and that production capacity is declining.

According to Link Securities analysts: “All indications are that supply problems, rather than being resolved, are going to increase in the coming months, weighing on companies’ production and causing new inflationary pressures in the industry. Together with high energy prices, this may end up affecting margins and results. We do not rule out that many companies, those most affected by these problems, will revise downwards their earnings expectations for Q4 2021, something that could end up weighing on their stock market performance. In this respect, the stock market reaction of these companies will depend to a large extent on the optimism shown by their managers regarding the timeframe in which they expect these problems to be solved.