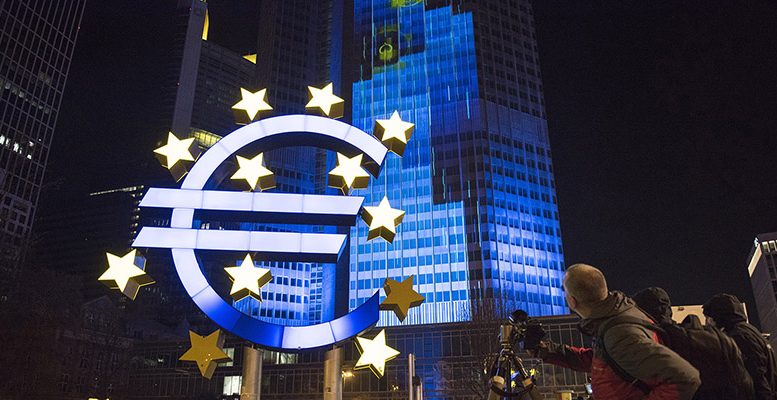 BofA Global Research | We do not expect ECB policy action this week, but guidance is that the ECB has its finger on the trigger for more PEPP (Pandemic Emergency Purchase Programme). Communication will not be easy, but EUR appreciation, record low core inflation and Fed policy should make for very dovish tones. We expect €500bn more PEPP in December, but inflation expectations urgently need attention too. Front-end rates will likely be supported by FX concerns, but credit risks are increasingly underpriced in by the market. Beyond verbal intervention, we think the ECB has limited options to weaken EUR for now.

Letting the doves out of the cage

Strong EUR, weak inflation and the Fed outcome of the framework review have all contributed to increasing expectations of what the ECB could do this week. We still see little action for now; the September meeting should be a placeholder ahead of action later in the year. We continue to expect more for the Pandemic Emergency Purchase Programme (PEPP), €500bn, and for longer, to end-2021, but to be announced in December. But we think the ECB will need

to sound as dovish as they can this week. That includes attempts to emphasize that the door to further cuts is still open, a clear signal that more could be coming soon, and acknowledging that the Fed’s framework review conclusion will be an important input for the ECB’s own review. But with forecasts probably ever so slightly better than in June, communication will be a challenge.

After the increase in PEPP at the June meeting and a July meeting when Lagarde dispelled doubts on the reaction function, one might have expected September to be easy. Instead, there are three key elements that have been increasing pressure on the ECB, in our view. First, FX movements will make it even harder to show a significant improvement in forecasts, even after incorporating the impact of the June announcement. Second, core inflation is now at historical lows. Third, the new Fed framework weighs on the ECB. As one Governing Council member put it in the Financial Times, this could lead to the market inferring that interest rates could be structurally higher in the Euro area. If we followed Philip Lane’s arguments from Jackson Hole, a PEPP extension as early as this week would actually be the obvious thing to do, simply because it would accelerate the return to the pre-COVID-19 inflation path. But even that would be an incomplete answer. Going back to the pre-COVID-19 path is certainly not enough. That path was already weak and slow; and the COVID-19 crisis, together with a delay in achieving it has probably hurt inflation expectations further and, with that, deteriorated that pre-COVID-19 path even more. This is in fact the type of transition we have been suggesting the ECB would need to make ASAP: moving away from dealing only with the pandemic to also addressing the much deteriorated medium-term outlook. This is a transition the Fed is already making but the ECB is not. A move in that direction is needed, in our view.

What can they do this week?

-Can they signal that they would move in the Fed’s direction? This is hard when the framework review has barely started.

-Can they increase PEPP again? They topped up in June. Paired with the slow purchases in the summer, we doubt they can build consensus around this already.

-Can they cut the depo rate to fight EUR appreciation? We still fail to see consensus for further depo cuts within the Governing Council, particularly as negative rates will persist for a long time. And one has to question the merits of a one-off cut, particularly to weaken the currency, when ammunition is limited.

At this point, we think the September meeting should deliver dovish communication and hints about what they can deliver in the immediate future. We would expect that, in line with PEPP having a dual objective (ensuring proper transmission of monetary policy and making sure the monetary stance is such that we return quickly to the pre-COVID-19 inflation path), there would be a clear flag that more PEPP could be announced soon. The communication of this is not easy. The inflation forecast in September would barely improve despite incorporating the last increase in PEPP. We think we will likely be told that 4Q will provide more visibility on some of the recent noise in the data (technical factors, VAT change, changes in seasonal factors, measurement issues) and,

importantly, we will have a better view of activity in 4Q, once the easy growth from 3Q is behind us. Additionally, December would add an extra year to the forecasting horizon, giving a more complete picture of the medium-term outlook for inflation.

We would expect a non-committal answer to potential questions on the Fed move that could still be enough to feed expectations about the ECB potentially considering average inflation targeting. Lagarde could point to the fact that all central banks are facing similar challenges, that they need to undertake the same thinking process that the Fed just went through, and that the Fed conclusion would be an important input. An extra bonus here could be if they were to flag that the section of the strategic review on the objective could be finalised well before mid-2021.

We would expect similar comments on the currency to those made by Philip Lane recently, bringing back memories of the powerful Amsterdam speech Draghi gave in April 2014: “The exchange rate is not in itself a policy target, but a rise in the exchange rate, all else being equal, implies a tightening of monetary conditions, a downward impact on inflation and potentially a threat to the ongoing recovery. If so, this would call for policy action to maintain the current accommodative stance.” Flagging that so far there are some good reasons for the appreciation but that if it continues it may add further risks would fit nicely with the flag of more action coming soon.