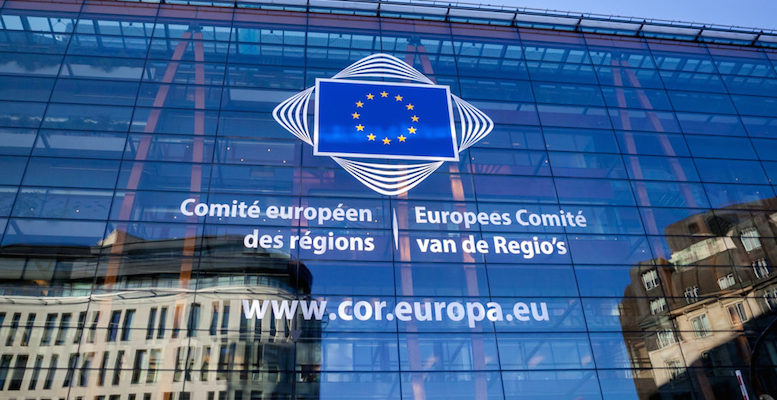 The European Territorial Cooperation programme (Interreg) is a long-standing instrument of EU cohesion policy aimed at encouraging economic growth in border areas. According to a report from the European Court of Auditors (ECA), the cooperation programmes financed through Interreg had clear strategies for tackling existing cross-border challenges. However, several weaknesses in the implementation of the Interreg programmes and in their monitoring limited the potential to unlock the capacity of the adjacent regions they covered.

Border regions often perform less well economically than other regions within Member States. The EU has put programmes in place to reduce disparities in wealth and development between its regions. One such programme is Interreg, which aims at helping border regions to fulfil their economic potential while fostering solidarity between citizens of different nations. Interreg’s total budget for the 2014-2020 programme period was €10.1 billion. Over €6 billion was used to finance projects associated with internal borders – around 24 000 projects financed through 53 cooperation programmes, covering 59 % of the EU’s land area and 48 % of its population.

“Although the EU provides specific funding for the economic growth of border areas, their potential has not yet been fully unlocked,” said Ladislav Balko, the member of the European Court of Auditors responsible for a special report on the matter. “For the implementation of the 2021-2027 programme period, we recommend that cooperation programmes should be focused better, and that a merit-based approach should be used in ranking projects to be financed”.

The majority of cooperation programmes examined by the auditors had analysed the needs of the regions concerned; they found clear links between proposed objectives, planned inputs and activities, and their intended results and impact. However, cooperation programmes cannot address all cross-border challenges because of their limited budget, and programme authorities did not prioritise them in order to focus on the ones which were most pressing for the adjacent regions. Also, some of these challenges – for instance, cross-border healthcare issues – need to be dealt with between Member States at national level, according to the rules.

Another problem identified by the auditors is the absence of any clear separation between programmes eligible for Interreg funding and those that could be funded by other “mainstream” cohesion policy programmes (for instance, the European Regional Development Fund), leading to a situation where multiple sources of funding could finance the same kind of operations. The auditors also found projects whose cross-border character was questionable, as the required “cooperation” among partners was limited to presenting a common project proposal to secure financing. According to the auditors, the need to increase the added value of the EU interventions is particularly important, because the budget for Interreg will shrink for the 2021-2027 period. They emphasise the need to rank projects in terms of merit to ensure that only the best funding proposals are accepted, and to avoid overlaps with other funding (for instance, by requiring co-financed projects to be complementary).

Finally, the auditors note positively that very few cross-border projects have been suspended or cancelled as a result of the COVID-19 pandemic, mainly because a high level of projects had already been contracted through Interreg. However, the effect of the crisis was visible, and programme authorities made efforts to support the implementation of the contracted projects. Authorities also made use of the flexibility and simplification measures offered by the EU to mitigate the consequences of the pandemic, especially in relation to the possibility to extend deadline for completing projects or submitting key documents.