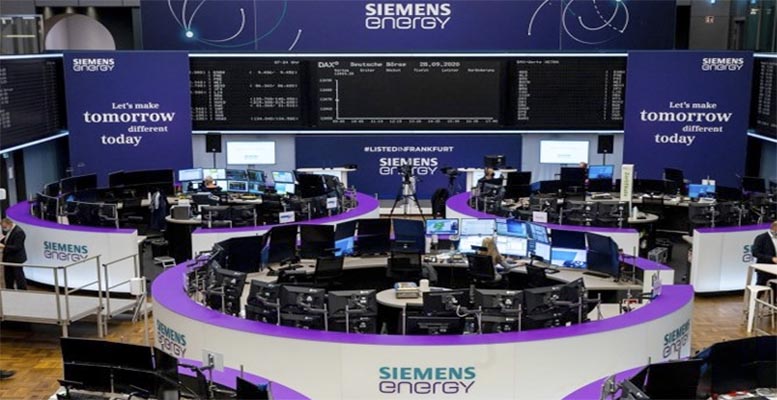 Shares in the new Siemens Energy started trading on Monday, September 28th. The new company includes 100% of the former Gas & Power division plus 67% of Siemens Gamesa Renewable Energy. Siemens has handed over to shareholders 55% of Siemens Energy via a kind of share dividend, in the proportion of one Siemens Energy share for every two Siemens shares.

While 9.9% goes to Siemens Pension-Trust, Siemens maintains a direct 35.1% stake. That said, its aim is to continue to reduce its participation in the next 12-18 months.

The Siemens Group’s reason for this operation is to give more independence to the business. From now on, it will focus on its industrial businesses with activities which obtained Ebitda margins of over 10% in 2019 (Industrial Digitalization, Infrastructure Intelligence, Transport and its 85% stake in Siemens Healthineers). Meanwhile, Siemens Energy will gain independence in terms of strategy, capital allocation and investment budget. Both companies aim to maintain pay-outs of 40%-60% , although it Siemens Energy is not expected to distribute them against the fiscal year 2020.

Bearing in mind that the Siemens group’s capital stood at 94.400 billion euros at last Friday’s close, Bankinter analysts’ initial valuation for the whole of Siemens Energy totals 16.853 billion (equivalent to 18%). However, as the group is holding on to 35.1% of Energy, the analysts estimate the initial impact of the operation at around -11% of the market price and -9% of its target price.

“Our valuation of Siemens Energy would translate into around 23.2 eur/share. We do not rule out the market will apply a higher risk premium to the new company given its lack of a track record, coupled with a few first years of restructuring and a new management team. Then there is also a discount as a holding company (with a 67% stake in Siemens Gamesa Renewable Energy).”

Siemens Energy is already one of the leaders in the energy sector, where structural growth is expected in the coming decades. For example, the IAE estimates a generation growth of 2% TAMI 2018-2040.

However, for some analysts, the Siemens Energy spin-off raises a fundamental question about the German company’s strategy: is it really being done to create a leader in energy or is it an opportunistic attempt to eliminate the risk of the parent company? “We must remember that with this operation, the multinational will stop consolidating the new company in its accounts,” Alphavalue flags.