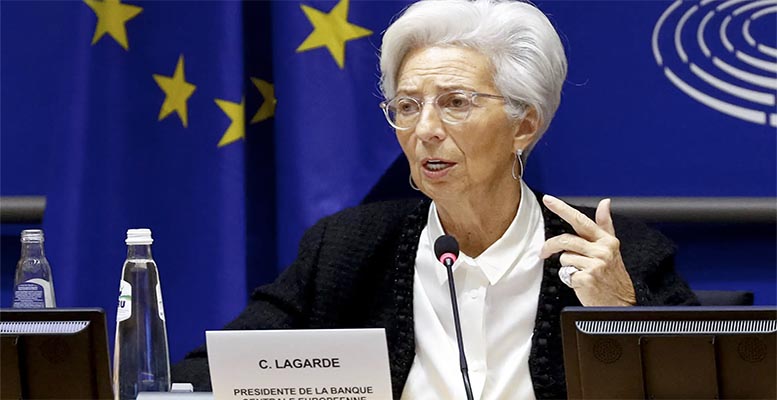 JP Marín-Arrese | All was quiet on the ECB front for too long. Suddenly, last week it announced its intention to scale down the emergency asset-buying programme starting next month. While falling short of the tapering heralded weeks ago by Jerome Powell, it represents indeed a shift in the dull do-nothing approach followed for months and years. Once embracing quantitative easing, much later than other central banks, it proved unable to disengage from it, pedalling back to normal. As Janet Yellen’s false steps in unwinding the QE backfired, Draghi and, later on, Lagarde entrenched themselves in wintering quarters refraining from moving away from such a safe harbour. Monetary policy in the Eurozone has remained frozen ever since. As the pandemic crisis unfolded, the ECB dug in deeper, extending the scope of unorthodox measures by setting up a massive 1.85 trillion backstop. While the sound was louder, the music remained unchanged.

Inflation has altered the whole scenario encouraging central bankers to switch towards a less accommodative policy stance. Tapering stands as the ready-made motto they have all espoused as the rallying point before climbing to higher rate levels. As others moved, the ECB feared ending caught off-guard. The prospect of facing imported tighter credit conditions, reducing its room for manoeuvre to implement restrictive measures on its own, weighed heavily on last week’s decision. No central banker readily accepts playing a subordinate role, even if the prospect of being in the limelight looks rather remote. This sentiment of potential helplessness prompted Lagarde and her fellow Board members to act.

On face value, trimming the asset-buying emergency scheme seems rather bold. In practice, it amounts to a tiny step, as the programme was due to finish next year. Yet, it delivered a clear signal to the market the ECB was alive contrary to conventional wisdom. While dispelling such doubts seems essential for restoring its credit standing, it has still a long way to go to convince investors it will prove too frilous confronted with overheating. Up to now, it held on to the uninspiring record of missing the inflation goal, as prices dwindled far below the medium-term objective for too long. But such a stalemate could soon vanish leading to the opposite scenario. Preventing a potential crash landing requires early preventive action. Nothing short of rising rates would work. It has long enforced an utmost cheap money approach that distorts resource allocation and harms the financial sector. The sooner it departs from negative rates, the better. Only then, its claims on proving ready to move will become fully credible

Yet, any tightening step may send unwelcome shock waves, considering the critical importance of sustaining the overladen debt market. Any ill-judged move might trigger a widespread confidence loss, severely hitting financials as interest rates play a key role in underwriting risks. Even if the ECB starts implementing rate hikes, it should keep a close eye on debt, providing full support through open market interventions. Otherwise, the Eurozone might come under renewed pressure and damaging turmoil.