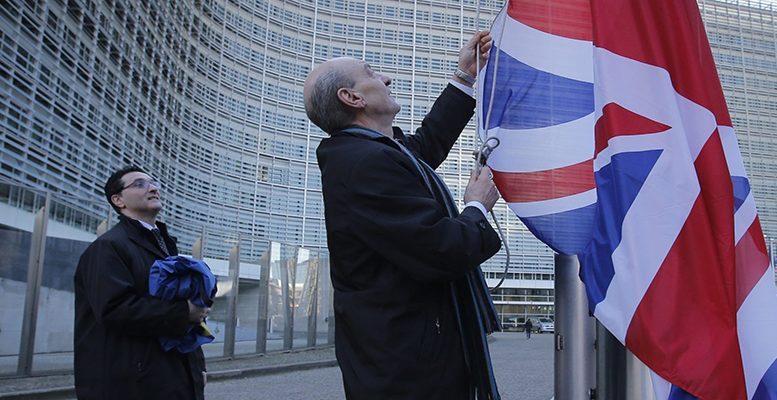 Although the UK will most likely officially exit the EU tomorrow, this exit will mostly be formal. The withdrawal agreement only defines the terms of divorce, limiting immediate disruptions, but says little about the future trade relationship between the UK and EU. The so-called ‘Political Declaration’, a 26- page sketch of the future trade relationship alongside the withdrawal agreement, but not legally binding, defines a so-called ‘transition’ or ‘implementation’ period from the date of Brexit until the end of 2020. The trade relationship will remain unchanged during this period, which offers a a time frame to negotiate a trade deal defining the final trade relationship beginning 2021. The transition period can be prolonged if both parties agree, twice by a year. Therefore, technically the UK–EU relation- ship remains unchanged for the duration of the agreed transition period and the focus will shift to negotiations on a trade agreement, which promises to bring suspense.

Using history as a guide, negotiating trade deals within 11 months seems a very ambitious plan. All the more that PM John- son promises a ‘best-in-class’ trade deal. The parties are already verbally building pressure: Johnson has declared that he will under no circumstances ask for a prolongation of the transition period, for which an arrangement would be needed as early as July 2020. EU Chief Negotiator Michel Barnier stated that a year is not enough to agree on a full deal. Meanwhile, a more pragmatic European Commission President Ursula Van der Leyen suggested that a first deal could treat the areas most at risk of dis- ruption. A completion of a deal or a prolongation were fully dependent on the UK’s will. Indeed, compared to other trade deals, the UK and EU do not start from scratch, but could rather begin with their current relationship and strip off levels of integration. Given the uncertainties surrounding trade negotiations with a tight time frame, risks remain elevated that no deal may be reached and the Ireland insurance solution will kick in (Northern Ireland remaining in the EU customs union). This would mean a quasi ‘no-deal’ Brexit for the mainland UK. Finally, if negotiations fail, it cannot be excluded that a prolongation of the transition will be arranged after all. Although there is currently no formal leeway to do this, eventually necessity could be the mother of invention if both parties want to avoid a divorce-only Brexit.

Also a simple trade deal would be a hard Brexit

It is important to understand that a trade deal is not necessarily the most market-friendly outcome. Although it would reduce the uncertainty on trade aspects, it would still cause disruption. PM Johnson’s ‘best-in-class’ free trade deal comprises goods trade, agriculture, security issues, education issues, etc., but not services trade, which is of particular sensitivity due to the im- portance of EU market access for the UK’s financial industry. Relying on equivalency principles alone would probably not suf- fice to prevent further relocation of jobs from the UK’s financial sector to the EU mainland. With no trade deal or a hard Brexit trade deal – the two most likely outcomes – Brexit will inevitably take its toll on UK economic growth, be it in early 2021 or later in case the transition is extended and a more comprehensive trade deal cannot be negotiated.