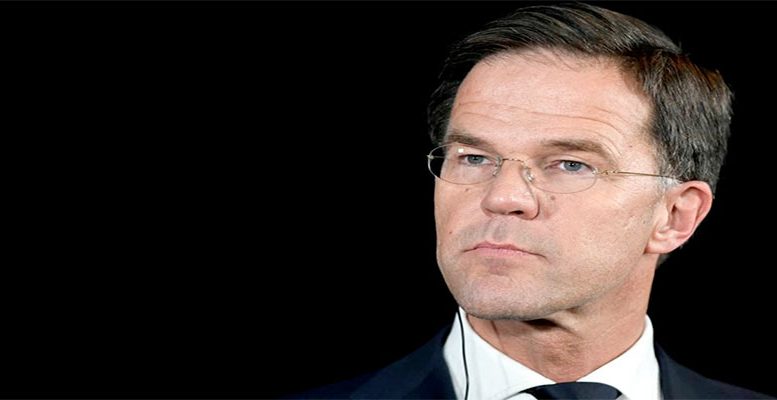 Nick Ottens (Atlantic Sentinel) | Earlier this month, I took an in-depth look at the draft election manifesto of the Netherlands’ ruling liberal party (VVD), which is likely to win the next election. (Disclosure: I’m a party member.)

Now that most other parties have released their manifestos as well, it’s possible to make a comparison.

I pointed out Prime Minister Mark Rutte’s liberals had moved to the center on such issues as child care, deficit spending, the environment and labor law.

That brings them closer to the Christian Democrats, Greens, Labor Party and social-liberal D66.

The parties — at least three out of five will likely be needed to form the next government — broadly agree on those issues, as well as housing and tax reform.

Keeping the Netherlands’ shortfall under the EU’s 3-percent-of-GDP ceiling was the obsession of the last economic crisis. Now all major parties allow for higher deficit spending to cushion the effects of the coronavirus pandemic.

The Dutch government is borrowing the equivalent of 7.2 percent of GDP this year. Debt as a share of economic output is projected to rise from 49 to 61 percent in 2021.

All major parties are committed to meeting the ambition of the Paris climate agreement: to cut emissions in half by 2030 compared to 1990.

The Greens, D66 and Labor would raise the target to 55 percent, in part by reducing livestocks. (Farms are responsible for about a quarter of Dutch greenhouse gas emissions.)

That’s a tough sell to the Christian Democrats and VVD, the two most popular parties among farmers. They would prefer to build more nuclear power plants to reduce the Netherlands’ dependence on oil- and gas-fired stations. (The Netherlands has the lowest share of renewable energy in the EU. It has one nuclear energy plant.)

The Netherlands has twice before tried to switch from taxing car ownership to car use. Both times it proved technically infeasible. The VVD, the most car-friendly of the major parties, could lose voters on this issue to the far right.

Parties agree the Netherlands has become too dependent on other countries, especially in fuels and medical devices.

They praise the French-led push for “strategic autonomy” in the EU, including making it harder for foreign companies to acquire European competitors and breaking up big tech.

But where D66 favors a European army, the Christian Democrats and VVD are wary — even though the current government, which all three parties support, has taken a leading role in Europe by jointly procuring frigates and minesweepers with Belgium, integrating Dutch air defenses with the other Benelux countries, sharing a panzer division and navy supply ship with Germany and forming an expeditionary force with the Baltic states, Denmark, Norway and the United Kingdom.

The big parties recognize the need to build more houses with some calling for one million more homes by 2030. But where?

The Christian Democrats and VVD would build outside existing urban areas. Left-wing parties are wary of sacrificing green space.

Left-wing parties and the Christian Democrats would eliminate rental tax for housing associations, so they can build more. D66 would cut the tax in half. The VVD would force housing associations to evict high-income renters and put pressure on cities to enforce anti-squatting laws.

But there is a difference: left-wing parties would make it more expensive for companies to hire temp and freelance workers whereas the right would make it cheaper to hire workers on a full-time contract. D66 and VVD argue that self-employed status needs to remain distinct, but they do agree freelancers must get unemployment insurance, something the VVD ruled out four years ago.

The Greens and Labor argue for a more generous social safety net. The two liberal parties prefer the Danish model of “flexicurity”: higher but shorter-term unemployment benefits, lowering costs for employers and raising spending on reskilling.

Many of the parties argue for lifelong learning, but few provide details. A personal learning budget, jointly funded by employers and trade unions (similar to how unemployment insurance is financed) is one option.

Immigration could be a sticking point. It, not climate policy, was why the Greens pulled out of coalition talks in 2017.

The parties agree the government needs to get a “grip” on immigration, and they all support the European Commission’s proposal to distribute refugees proportionately across the bloc’s 27 member states. (Hungary and Poland are against the plan.)

But where the VVD argues for a quota — “refuge is a privilege, not a right” — D66 and the Greens want to admit more refugees.

The Christian Democrats propose restricting labor migration from other EU countries, something that might require treaty change. French president Emmanuel Macron convinced other leaders to rein in employers’ ability to hire low-wage “posted” workers from Eastern Europe in 2017. Further limits on the free movement of people inside the EU are unacceptable to D66.

One of the big political scandals in the Netherlands during this parliament has been the revelation that the tax agency unfairly accused some 26,000 parents, many of migrant backgrounds, of fiddling on their child benefits. They were forced to pay back years of benefits, which threw many families into financial distress.

Converting benefits into tax credits, as the VVD proposes, would leave low-income families worse off. A negative tax could be the solution.